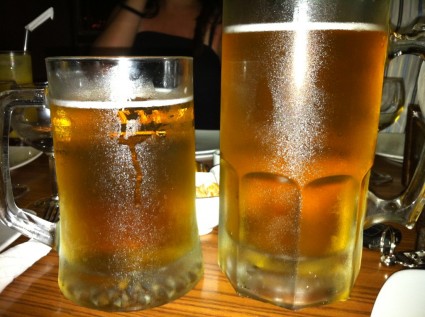 It is reasonable for artists in pubs or night clubs to start singing at 11 or 12 pm as the party would not have kicked in yet, but why is it becoming a trend in most restaurants nowadays?

I went to “Mon General” in Zouk Mikail yesterday for a birthday dinner and Aline Lahoud was performing there. I arrived there around 9:30 pm and left at midnight (had to leave early) and Aline had not shown up yet. This is the third restaurant I go to this year with very late performances.

Not that I mind late performances, but it doesn’t make sense to have dinner at 9 and drink and eat until midnight, or wait until 11pm to go out and dine.

Also, food was not that bad even though they didn’t have much on the menu, but what made my night was the 1 Liter Almaza Draught Beer I had.