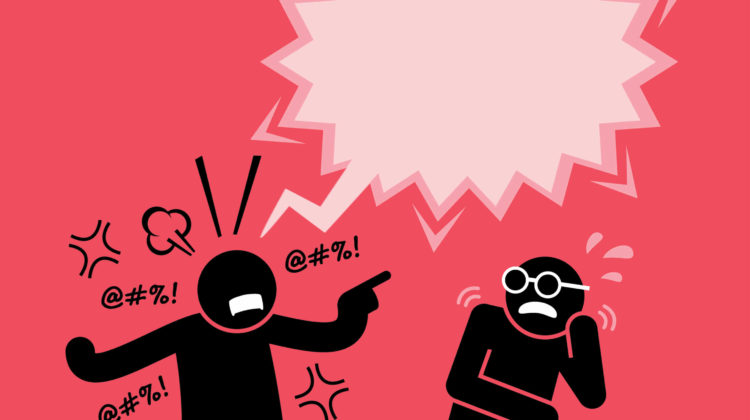 I barely commented on what happened in the past week, from Murr’s controversial comments on MTV’s high advertising rates and audience, to MTV reporting videos & posts bashing them on Facebook and the reactions that followed in “Menna W Jerr”, “Hayda 7ake” and LBC’s “Lahone w bass”.

Everyone was eagerly waiting to see how Hisham will comment on Murr’s infamous comments. I wasn’t to be honest and I wasn’t looking forward to Adel Karam’s show, not just because it’s no longer funny, but because trashing other TVs as a last resort for comedy is pathetic and it has become widespread unfortunately.

I don’t see the point of watching two TVs trash and insult each other just for the sake of it, and I don’t understand what they’re trying to achieve by doing so. What are they offering their viewers? What is the message they’re trying to send? How is spreading more hatred and stupidity good for ratings? Is that how short-sighted we’ve become?

And this also applies to almost every video or comment I’m seeing online by either popular pages or random individuals. I enjoy satire and funny takes on certain issues, but what’s been happening recently is unacceptable and everyone’s getting dragged into. We’re all to blame for the nightmare that online (& offline) debating has become in Lebanon and we’re all being distracted by lame issues while garbage and corruption are still surrounding us.

I’ve watched all the shows and online videos surrounding the MTV CEO controversial comments and I have to ask:

– How are TVs improving their reputation by banning & reporting online commentaries?
– How are we fighting for freedom of speech when we’re trashing people left and right?
– How are we helping by mocking random individuals to thousands of followers and turning them into a joke?
– How is cyber bullying different from what the authorities are doing?
– How are guests allowed to suggest a veterinary for other TV channels on certain shows?
– How are we promoting constructive criticism by referring to name-calling and derogatory comments? And by turning everything into personal issues?
– How are we working for a better future when all our focus are on stupid brainless topics?

I think it’s about time everyone takes a step back and think for a moment about what they’re doing because media has turned into one large garbage bin. We should learn how to respond intelligently and not just react to every shitty comment one makes. Satire is good, comedy is good, freedom of speech is sacred but we should be able to offer more than that, behave with a little common sense and maturity, and act as role models to young generations instead of inciting them to further stupidity and hatred.

A lot of people tell me I’m politically correct when it comes to many topics but the truth is I don’t like taking extremes, and I stopped believing in that approach a while back, especially when used to spread further hate or negativity. I’m aware there is both good extremism and bad extremism but I’m unable to see any good coming out of these extremes in Lebanon.