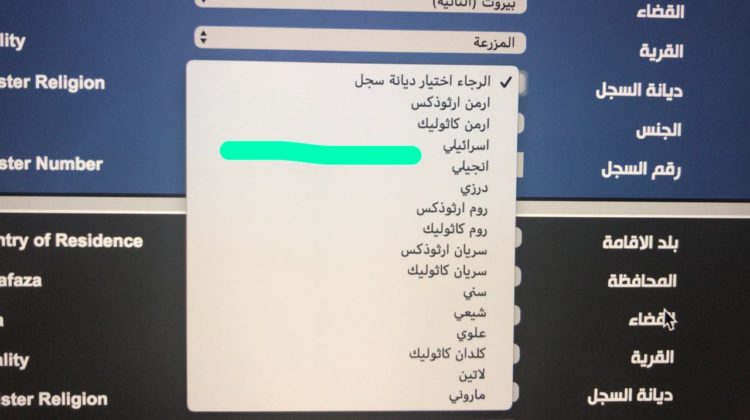 If you go to dgps.gov.lb and look up your ID in Beirut for example, you will notice in the drop-down list of sects the term “إسرائيلي”, which does not refer to Israelis but to Israelites, which is an old term used to refer to the Jewish voters in Beirut.

The first time I saw the term, I was sure it was a mistake but I asked around and it’s not. In fact, ex-Interior Minister Ziad Baroud clarified the matter a couple of years ago and stated that he had submitted a draft law to change the naming that was approved by the government but is still awaiting the parliament’s approval.

Why is it Israelite and not Jewish?
The story goes back to 1936 when the French High Commissioner issued a decision to recognize the numerous confessions in Lebanon including the Israelite religious community, which consists of Lebanese Jews. Therefore, the term “Israelite” has nothing to do with the state of Israel or Israelis.