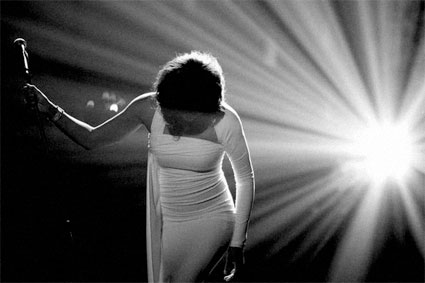 Whitney Houston was found dead in a Beverly Hills hotel yesterday. Reasons of her death are still unclear.

I am not a big fan of the singer, but I remember very well the big fuss her song “I will always love you” did in Lebanon back in the 1990s. Back then, we had no internet, no “Dish” and had only LBC, TL, C33 and MTV channels to watch. The Bodyguard was one of the few famous movies LBCI decided to broadcast and almost everyone in Lebanon saw it.

It became a bit like Vangelis’ Conquest of Paradise that was played in almost every wedding or any occasion in Lebanon during the 1990s and is still popular these days.