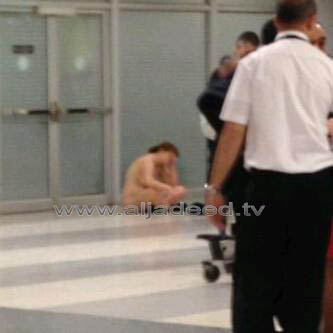 You’d think people would start taking pictures when they see a naked woman on the highway or spot a nude couple roaming the streets of Mar Mikhail but that’s not the case in Lebanon, unless of course everyone’s been lying and spreading rumors. I read a couple of weeks ago about a naked woman walking on the Charles Malek highway but couldn’t find any pictures of her, then I heard about some man caught naked in Mar Mikhail and still no pictures.

Moreover, locals in Mar Mikhail told Alex from NowLebanon that the phenomenon is “not uncommon in the popular night time destination Mar Mikhael”. I haven’t been going out a lot lately but I am pretty sure I would have known if there were nudists walking around Mar Mikhail.