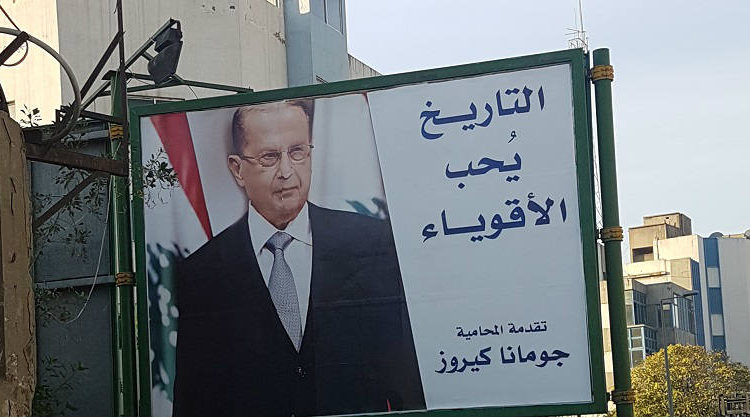 President Michel Aoun’s posters are all over the country but the most visible ones are the billboards signed “Lawyer Joumana Kayrouz”. I tried to look online to see who is this lawyer and the Joumana Kayrouz I found is apparently a big shot in the United States, specifically in Michigan where she has built the second-largest personal injury law firm in Detroit, employing about 70 people, including a large team of lawyers. Her firm spends almost $4.3 million dollars a year only on advertising and Joumana’s face is visible on more than than 750 billboards and buses in the city.

Kayrouz holds a degree in ethics from Yale University, speaks four languages — English, Arabic, French and Italian. Her firm is the only major personal injury law firm in Michigan owned by a woman. She was invited to Obama’s inauguration ball that took place four years ago, she met with Pr. Obama on several occasions and she’s a Hillary supporter. Most recently, her firm was holding a Halloween party at her residence and Cher was attending.

She’s living the American Dream that’s for sure. If you want to know more about her, check out this [article]. 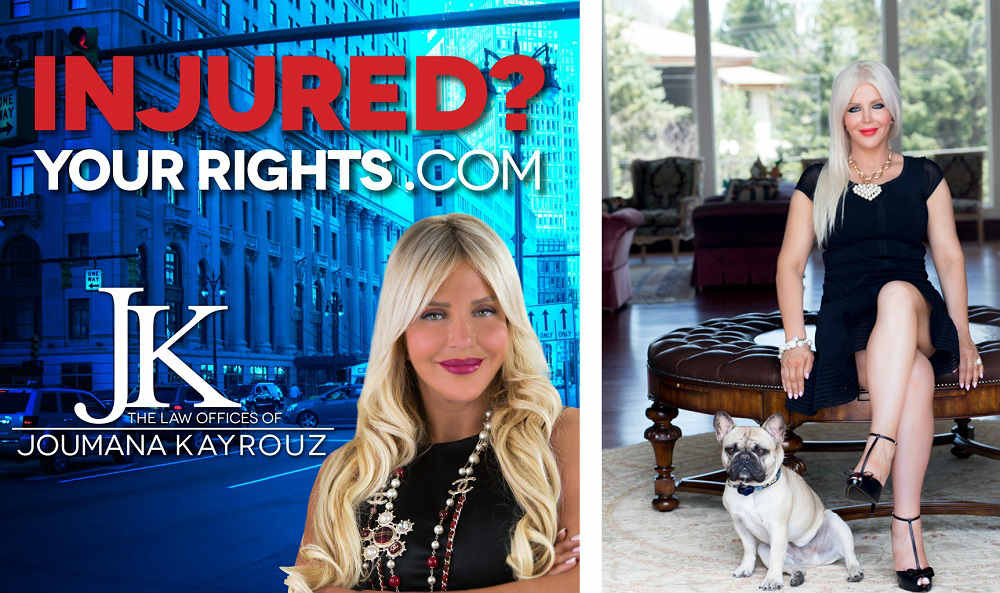 PS: I can’t really confirm it’s her but I couldn’t find anyone else by this name.