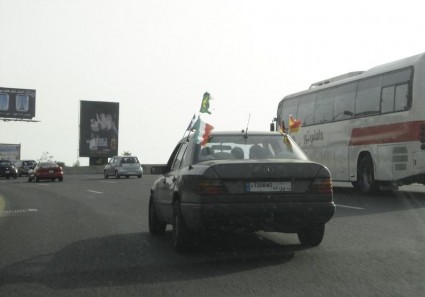 Everybody is getting ready for the world cup in Lebanon and raising their favourite teams’ flag on their balconies, cars, roofs you name it !

But there’s one thing that’s been puzzling me lately, people raising three or four different flags on the car. What’s the point of being with more than one team ?

The whole point of competitions is to be with one team against the other.

Another point is that once you hang those flags being sold on the streets on the car’s windshield, you can’t open the window anymore because the flag will fall. Not a good deal for cars without ACs.