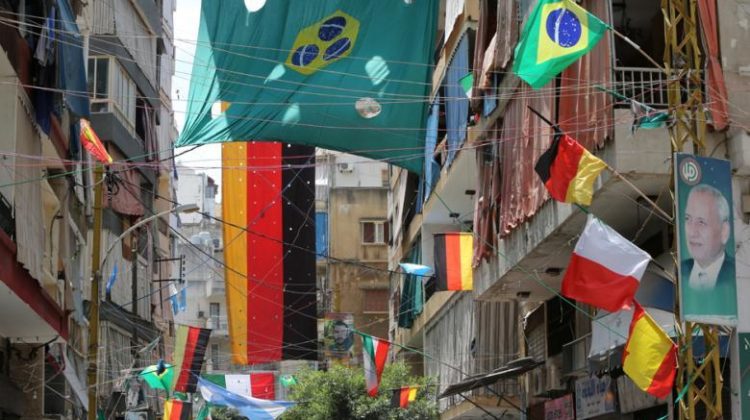 Beirut Governor has issued a statement today banning Beirut residents from raising non-Lebanese flags during the World Cup, as it is against the law. The only flag that we’re allowed to raise is the Lebanese one apparently.

This must be the most ridiculous thing I’ve heard in a long while. It’s the World Cup and we’re cheering for teams that are actually competing in it. What’s the point of raising the Lebanese flag during a World Cup? And why isn’t this law enforced all the time? Why now?