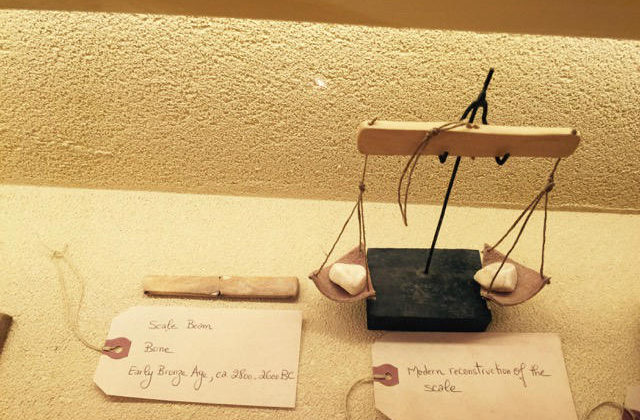 The world’s oldest scale beam as well as other fascinating archaeological finds are currently on display at the American University of Beirut Archaeology museum. The scale beam “dates back to the early third millennium BC , predating those discovered elsewhere, while the location of the find at Tell Fadous-Kfraabida–believed to be a secondary Bronze Age urban settlement–may indicate that the technology was already widespread in the region at the time”. [Source]

Unfortunately, property owners have bulldozed a large section of the Kfaraabida site where the scale was found.

You can visit the expo throughout this week at AUB. Read the full story on the Beirut Report [here]. 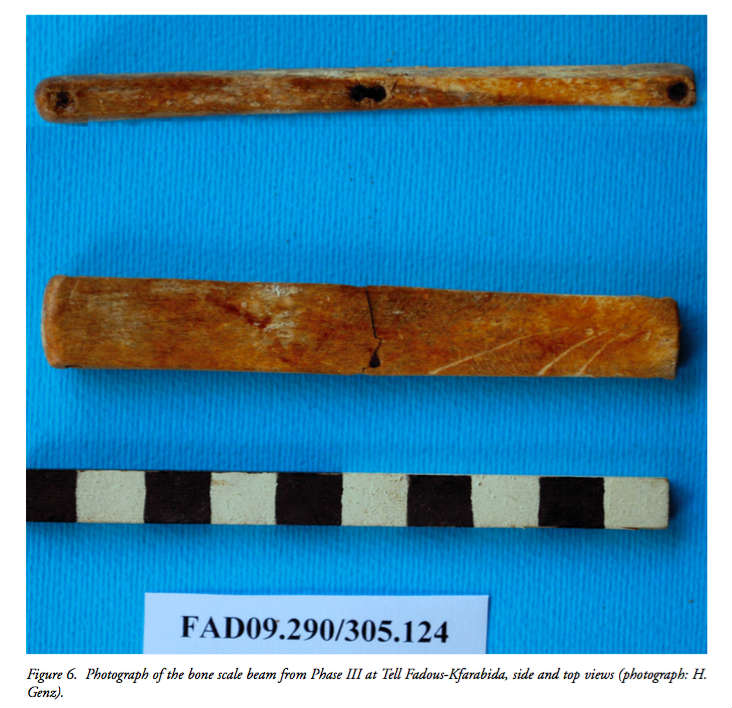