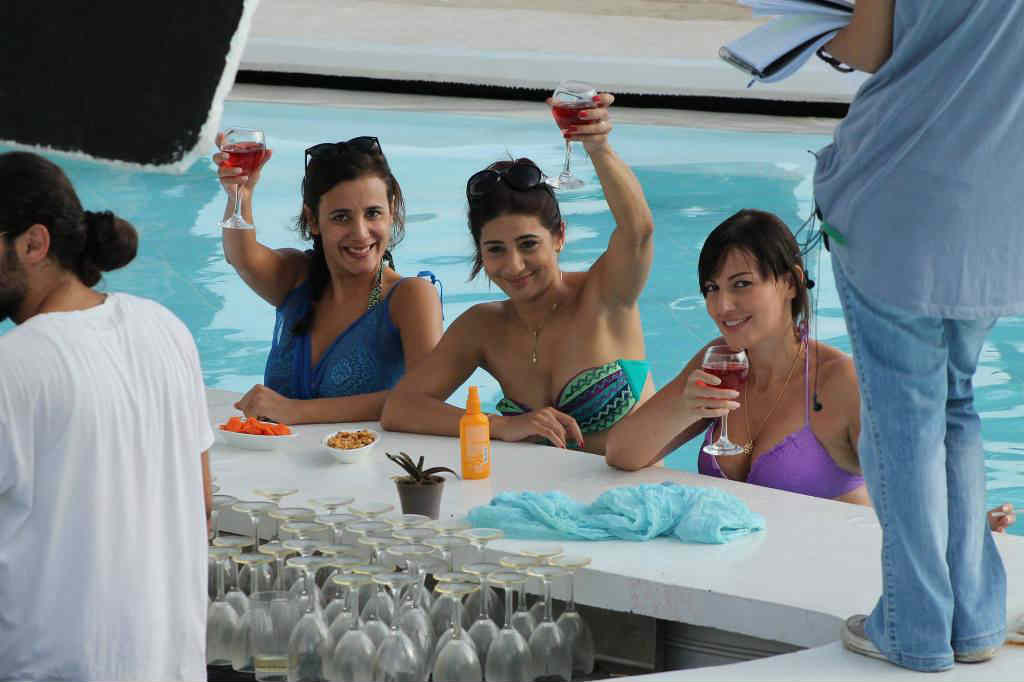 I was yesterday at the avant premiere of the latest Lebanese movie Yalla 3a 2belkoun and I personally thought the movie was good and a bit funny but it could have been much better. Yalla 3a 2belkoun (Single Married Divorced) is a Lebanese social comedy about four women in their late 30s who are pressured by society and their family to get married. Darine Hamze, Nada Abou Farhat, Marwa Khalil and Nibal Arakji play the four women and all of them are great choices in my opinion, specially Nada Abou Farhat who played her role of a confident and highly sexual woman to perfection and reminded me of Sex and The City’s Samantha Jones a bit. Mario Bassil is hilarious in the role he plays too.

The movie is meant to reflect the Lebanese society, specially women in their 30s who are struggling to get married or are happily single but are being pressured by their peers to tie the knot. There’s the highly sexual woman who’s afraid of commitment, the woman in love with a foreigner, the woman going out with a married man and the high-achieving doctor who’s always dating the wrong guys. I felt that there’s a lot of deja-vu in the first part of the movie and a lot of clichés that I didn’t want to see anymore, but the dramatic twist towards the middle was well-timed and the second part was far better as well as the end. Some of the clichés I am talking about is a woman driving around real fast in a cool car and people dancing awkwardly to disco music in a pub.

There’s one thing that I didn’t appreciate much and honestly couldn’t relate to, which is the way marriage and married couples in Lebanon are perceived. I know for a fact that there are a lot of divorces taking place but you get the impression that almost every married couple is unhappy in Lebanon which is not the case or at least not to my knowledge. If I look around me, most of the couples I know are happily married and I also know a lot of single men and women who are very satisfied with their life and having a blast. One thing I liked is the fact that they mentioned civil marriage in Lebanon and the need to legalize it.

All in all, I think Yalla 3a2belkon is a good movie that has a bit of everything and is worth watching and supporting. The movie will be out in Lebanese theaters on January 15.

PS: Wou yalla 3a 2belkoun if you are single and wish to get married. 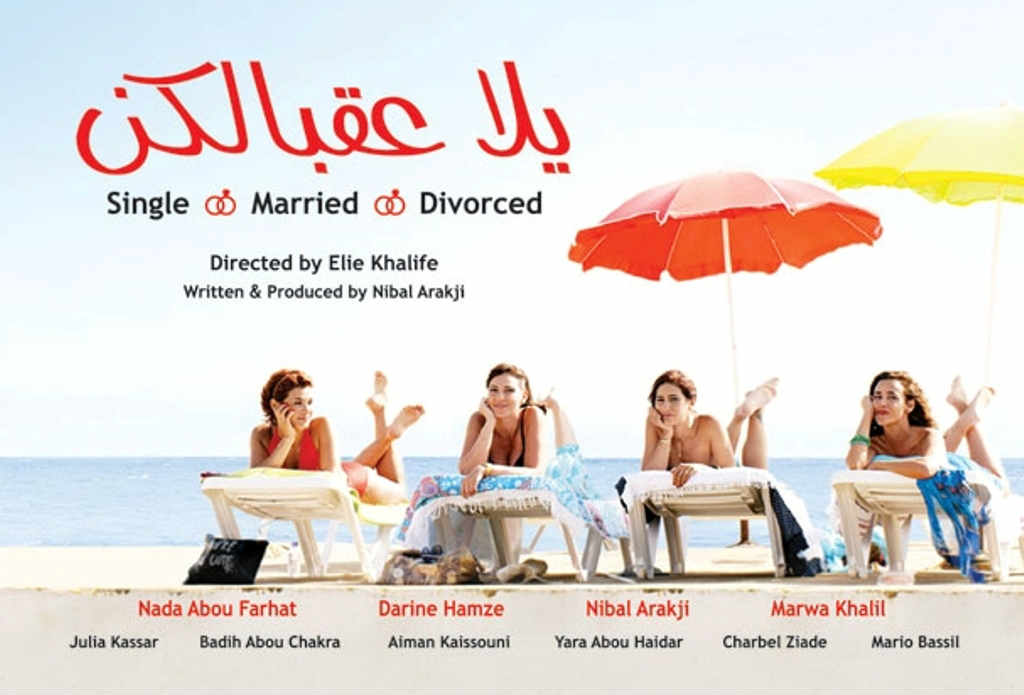