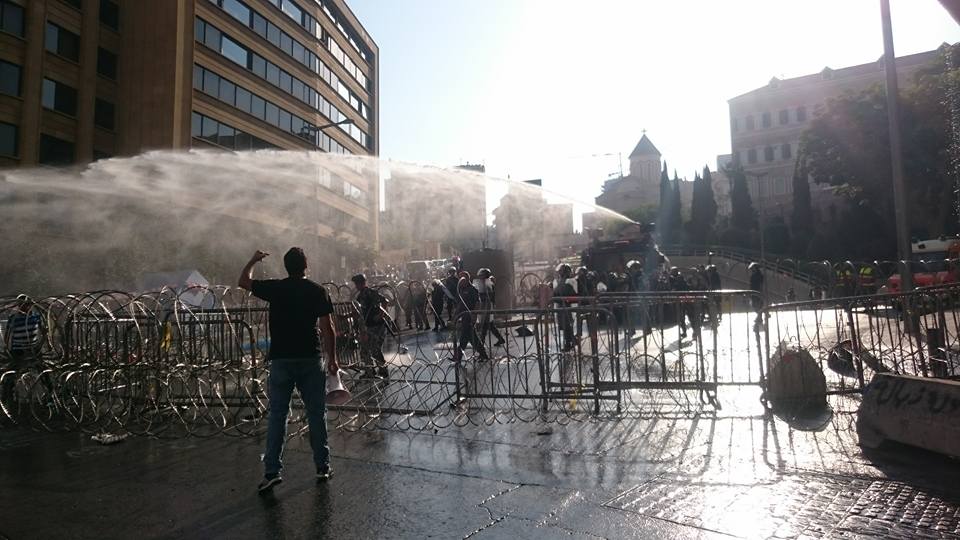 The garbage crisis is getting worse every day and is affecting all of us, yet when activists call for a demonstration against our corrupt politicians, barely anyone shows up. Even though most Lebanese are frustrated by the current situation and by the incompetence of our government, very few people are turning up to the protest. Yesterday during Kalamennas episode, Minister Mohammad Machnouk seemed very relaxed even though he still didn’t come up with any solution and hasn’t been supportive of recycling initiatives at all! His arguments made no sense at all and the worst part was when he suggested reopening the Naameh landfill but he couldn’t care less because he is not feeling threatened and probably won’t be by all these protests, even though #YouStink activists placed garbage in front of his house asking him to resign.

We need to hold our officials accountable for their actions and since elections are out of the question for now, we need to either take small actions or/and take the street. Unfortunately, the young generations, especially university students, don’t seem too concerned with what’s happening. They’d rather be attending a beach party and a color festival than going to a protest. I can understand people who don’t like to protest when the objectives are not clear, or because they don’t have time due to their family and work obligations, but that doesn’t apply to school and university students who should be more engaged than that. If their parents won’t let them demonstrate, they can start by recycling at home and forcing their municipalities and their neighbors to do the same. They can organize activities in their tows, raise awareness and volunteer to help recycle.

We will never be able to change anything in this country if we don’t start making small changes and taking drastic measures against our government and corruption. Trending a hashtag and sharing a post or a picture do help but they are not enough especially in Lebanon. If anything, officials here often brag on how corrupt and incompetent they are which is quite sad.

All in all, I think #YouStink activists are doing a great job and their movement is still going strong but it won’t be for long if politicians agree on a “solution” soon and if they get people confused. I heard yesterday that they are calling now for early elections which is not a smart move if you ask me. The only thing that might trigger a change is a large demonstration and a series of synchronized protests all around Lebanon. We need drastic measures and we need young and enthusiastic Lebanese to take the initiative and get things done. Moreover, we need the media and our celebrities to serve as role models for the younger generations and join the protests.

So should we attend the protest on Saturday? Of course we should and we need to encourage everyone to do the same. See you all there!