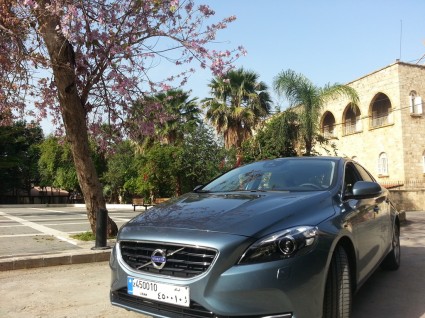 I know I promised to post the review a couple of weeks ago but things have been hectic lately and I couldn’t finalize it until tonight. It’s my first car review and it’s not as easy as I thought it would be specially when you only have one weekend to test drive.

I’ve never driven a Volvo before and the last Volvo I remember being in was a 1983 model that my friend had during my AUB years. I knew that Volvos were traditionally reputed for putting safety above style, but this perception started to change around 10 years ago with the introduction of the C,V and S series (My favorite was the S40). 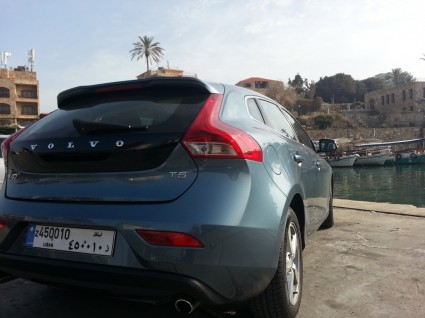 Style
Having said that, the new Volvo V40 is all about style and is one of the sexiest cars I’ve seen this year in its category that includes the Audi A3, the BMW 1 Series and the newest Mercedes A-Class. It’s been almost 20 years that Volvo hasn’t designed a five-door hatchback and I must say they’ve outdone themselves, specially with the V40 R-Design model which I looked up online but unfortunately wasn’t available at the dealership. 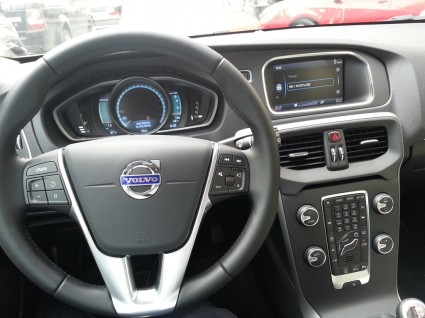 The car looks great from the inside, the leather seats are very comfortable with plenty of adjustability in the driving position. Don’t expect the same comfort though if you go for the sports seats that usually come with the T5 R-Design. The steering wheel looks nice with buttons to control the radio stations and the volume on the right and the menu items on the left. What I didn’t appreciate though was the small scroll button on the right side in the middle used to change the radio frequency as I would hit it accidentally while flipping through radio stations. 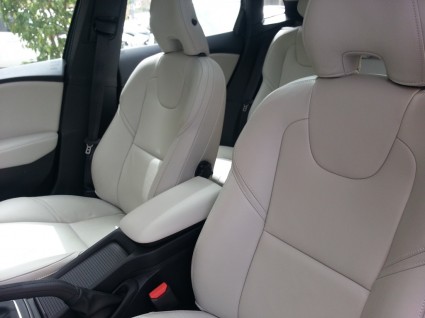 There’s a cool display screen in front of the driver that can be set to three different modes (Eco, Elegance and Performance). I loved how the speeds light up as you go faster. The LEDs light up the cabin at night but can reflect on the front windshield if the brightness is set to the highest level. The panoramic glass roof adds a good feel to driving the V40. 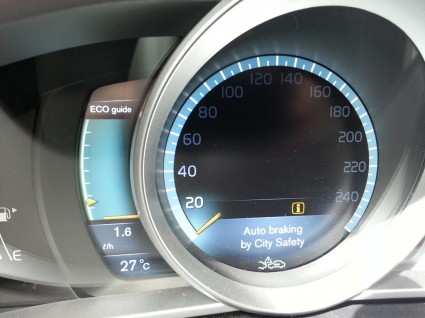 On the Road
If you thought the V40 is a family car, think again as the T5 is equipped with a five-cylinder 2.5 litre engine producing over 250 hp. With this much power, the V40 is a beast on the road and I had a lot of fun driving it. It’s fast and responsive, with a quick acceleration and has a good grip to the road. I wasn’t really comfortable sometimes with the handling when speeding on turns as I felt a slight loss of balance but otherwise it was satisfying enough.

The T5 goes from 0 to 100 in around 6 seconds. It is mated to a six-speed Geartronic automatic with sports mode. 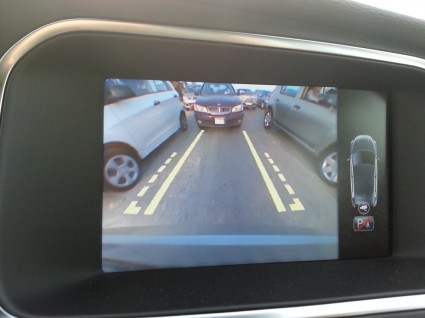 The reverse mode is very practical as you get two cameras showing you on a seven-inch LCD display in the dash the proximity from the obstacles around you and behind you. The two right and left front mirrors are directed towards the floor to prevent you from hitting your car from the front while reversing. You could disable this option if you wish so. 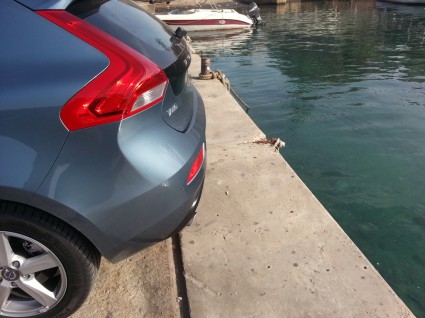 I tried backing the car into the sea and the sensors did not beep at all. I think it is the case for most cars but it would nice if they work on improving those sensors since we now have cameras and all. 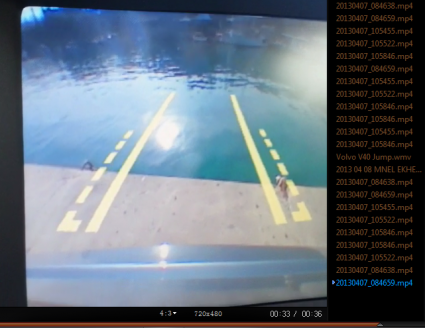 Safety
The V40 “received a five-star rating in the Euro NCAP tests, with 98 per cent for adult occupant and 100 per cent for safety assist making it officially the safest car Euro NCAP has ever tested. Every V40 comes fitted with the firm’s City Safety system – which uses a laser to detect an imminent collision and automatically brake the car to prevent a low-speed accident – and a U-shaped pedestrian airbag that triggered by sensors in the bumper and pops out from under the bonnet to soften the impact. Volvo finished a solid 10th in the 2012 Driver Power reliability survey, proving that buyers still have faith in the ownership experience and reliability of the brand despite a few problems in recent years.” [Link] 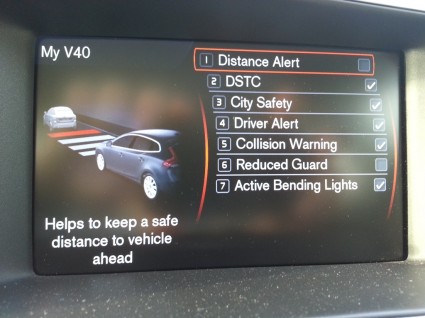 I think this excerpt from one of the V40 reviews I read says it all. Safety is a priority for Volvo and they make sure to let the driver know about that. There are plenty alerts and warnings that you can activate and de-activate to make your drive the safest possible. There’s also the impressive pedestrian airbag that pops out to minimize injury. Check out a demonstration [Here].

There’s one alert that surprised me the first time, which is the distance alert. It is triggered every time you are closing in on another car quickly in order to avoid collision, and makes a loud sound while lighting up the front windshield with a red alert. I turned it off eventually. 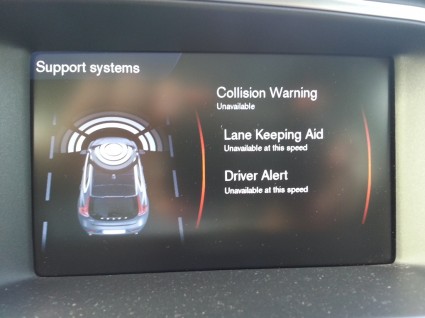 Verdict
The V40 is a great hatchback that offers you quality, comfort, safety and performance. It’s a very nice-looking car with a price that starts at $39,900. That’s quite pricey but reasonable when compared to the Mercedes and Audi in its category. Having said that, it is hard for me to say that it’s my favorite hatchback as I haven’t tried any others but it’s definitely a cool car to have and most of the reviews seem to agree with me.

You can check out more details about the V40 [Here]. 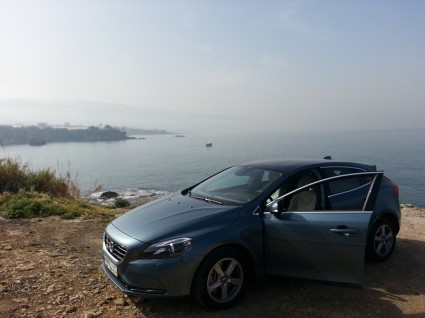