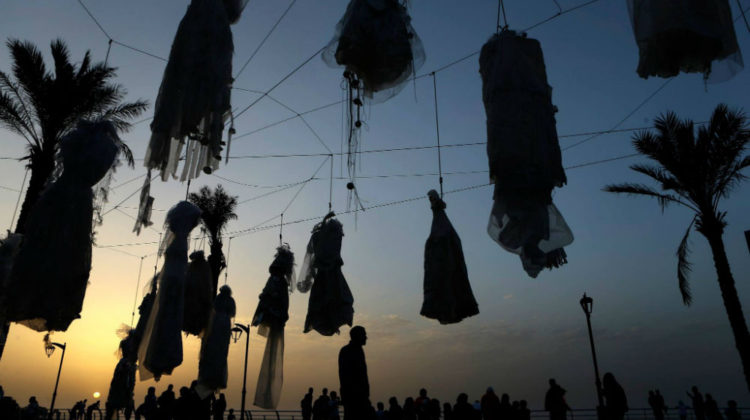 ABAAD hung 31 wedding dresses on Ain el Mraysseh to protest Lebanon’s law on rape that still allows a rapist to get away with his crime if he marries his victim. The 31 partially-shredded symbolize the 31 days in a month that a woman may be raped or forced to marry her rapist as explained by Alia Awada from ABAAD. The installation was done by Lebanese artist Mireille Honein.

ABAAD is hoping that MPs will vote soon to abolish Article 522 once and for all, after the parliament’s Administration and Justice committee agreed to abolish it four months ago.

Lebanon’s law on rape is a disgraceful one that needs to be abolished once and for all. The argument that it is meant to preserve the “honor and dignity of the victim’s family” is pure B.S. Jordan, which also had a similar law, revoked it a week ago.