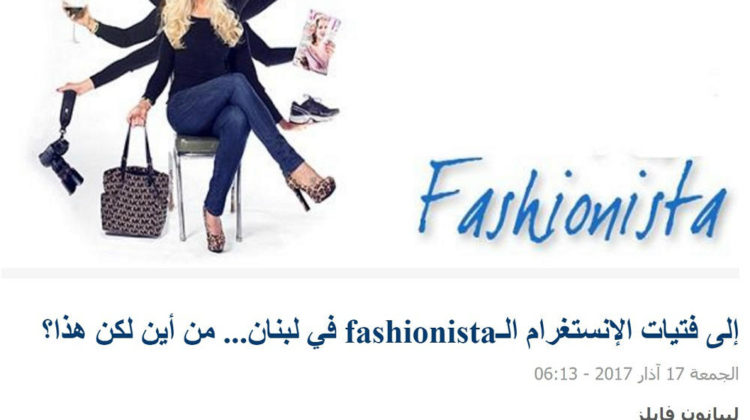 I’m starting to enjoy these clueless & exaggerated articles that are left anonymous and hit out at random people with random arguments. This one which was originally published in the so-called newspaper [Addiyar] talks about fashionistas (whatever that means) taking over social media with their fancy handbags, super-cars and six-figure watches.

The author is obviously not a fan of these fashionistas or maybe just a fashionista who’s taking things way too seriously. Not that I’m a fan of such accounts, but to presume that one of those girls has money because she’s sleeping with a rich Arab man is uncalled for and even if that’s the case, it’s not an excuse to over-generalize and assume they’re all gold diggers.

In all cases, here are few tips for the author, who’s a fashionista with followers in Lebanon & the Middle East (she said that), on how to pose with fancy stuff without actually paying for them:

– When you get invited to events, bring in a +1 and let her take pictures of you with fancy bags or clothes or cars. (Or get a Insta boyfriend)

– When you’re in Dubai or Abu-Dhabi, you could pose next to fancy stuff almost anywhere at no cost and the airplane ticket is at an all time low nowadays.

– Walk into hotel lounges and take pictures to look cool. You don’t need a reservation for that.

See? you don’t need to sleep with an Arab Sheikh to look fancy but in both cases, everyone will know you’re fake sooner or later 😀

I wonder if it’s the same person who’s writing those articles about the dangers of partying in #Beirut LOL!

See Also:Picture of the accident between a bus and a truck
Posted By Najib
Categories FUN,HUMOR,LEBANON