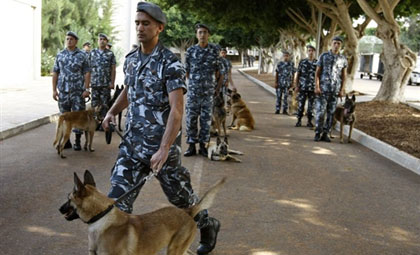 This is one of the weirdest stories I’ve ever heard about in Lebanon. I was flipping through the LBCI news yesterday when they talked about this missing couple.

Apparently both were at their relatives’ house and went inside a bedroom to put their stuff and stayed in the room for a long while. An hour or two later, they came in to check on them and they had just disappeared.

The only way they could have gone out of the house was through a backdoor which leads to some nearby fields. The police however traced their footprints up to a certain point where they vanished.