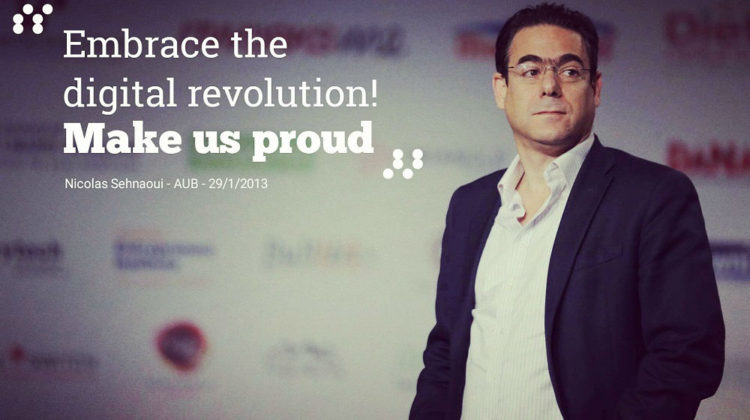 Minister Nicolas Sehnaoui served as a Minister of Telecommunications between June 2011 and February 2014 yet unlike most ministers, he didn’t fade away when his term ended but on the contrary has become even more active in the past couple of years and is doing his best to improve the internet situation in Lebanon and more importantly helping young Lebanese gain entrepreneurial and technological skills through initiatives, competitions and nation-wide programs such as the the “Little Engineers” project, The Raspberry Pi Competition and others.

I had the chance to meet Minister Sehnaoui back in 2011 over a drink at Chili’s. He’s a very humble, down to earth person and he truly wanted to make a change during his term. At first, I didn’t believe he’d do anything (just like most politicians) but he proved me wrong and did a lot for the ICT in Lebanon despite all the obstacles. His main focus on Lebanon’s knowledge economy, more specifically its digital economy, and he made sure to stay in touch with Lebanon’s youth by organizing gatherings and engaging with them at all time online.

The below is a 3 minute video that sums up the “Little Engineers” project, a structured program supporting entrepreneurship in schools. It is a scientific & educational initiative geared towards educating students of all ages and maximizing their potential in robot building, science, technology, engineering, mathematics and renewable Energy through proven hands-

Schools & Universities in Lebanon need to embrace technology in order not to be left behind and get ahead of the curve. Unfortunately, the technological gap between Lebanon and the UAE has already become a huge one and it will take many years to catch up but it’s never too late.