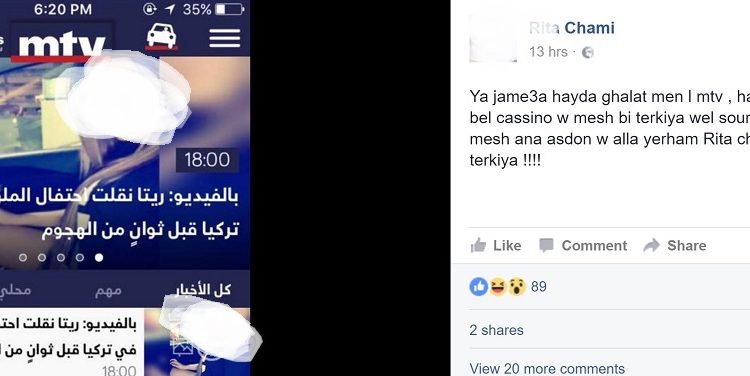 As if broadcasting live from the homes of the victims wasn’t bad enough, one of the TV stations (MTV Lebanon) tagged the wrong Rita Chami (one of three Lebanese victims) yesterday and shared a picture of her on its news website. The girl had to write a post to clarify to people that she didn’t die and that they’re talking about another Rita.

On another note, an Al Manar journalist tweeted yesterday that Turkey should be paying that price and was hitting at Erdogan while ignoring that 40 innocent people, including 3 Lebanese, were just killed by a maniac.

I also overheard a journalists who flew to Turkey ask one of the injured victims if the passport that saved his life was a Lebanese one or not!