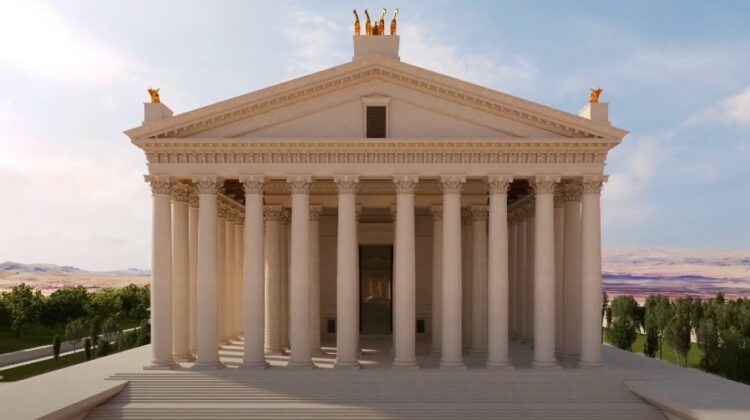 The Directorate General of Antiquities in Lebanon launched, in collaboration with the German Archaeological Institute and Flyover Zone, an application called “Baalbek Reborn: Temples” that provides a digital reconstruction of Baalbek temples and explains the history of the city through the tour.

On the virtual tour, you can choose to follow a guided tour of Baalbek or follow your curiosity and explore the site map on the virtual tablet. However, as you take your virtual tour, you can always listen to commentary describing what you are seeing. The commentary was prepared by the experts of the German Archaeological Institute, which has sponsored research in Baalbek since 1997. On your tour, you can use the Time Warp feature to see the site as it looks today and also see the ruins spring to life as they appeared in the third century of our era when the ancient Roman sanctuary was in its heyday. Highlights of the tour include the sanctuary of Jupiter, one of the largest temple complexes of the Roman world, and the shrines conventionally called the Temple of Bacchus, the Temple of Venus, and the Temple of the Muses.

You can download the app for [Android], [iOS] and [virtual reality headsets].