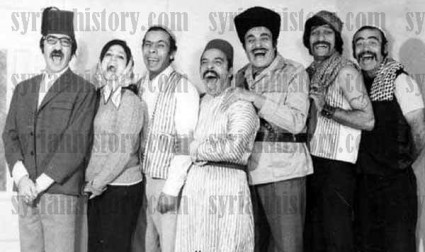 Yassin Bakoush was targeted inside his car and killed today in Syria. Yassin was a very well known comedian in Lebanon and the Arab world in the 70s. He is mostly famous for his roles with Duraid Lahham (Aka Ghawar Al-Tousheh).

I honestly had no clue about him until my dad told me who he was and that he was loved in Lebanon. It’s quite sad to hear about so many innocent people, including actors and athletes getting killed in Syria.

Here’s a link to a video showing his dead body but watch out as it’s graphic. [Link]