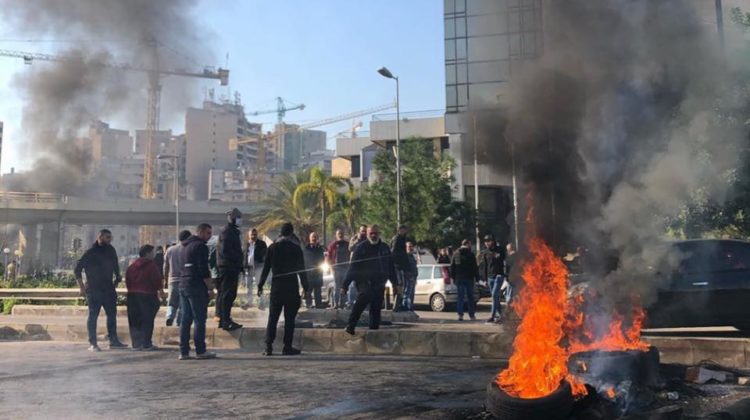 After weeks of relative calm in the streets, protesters were back today to block roads and burn tires across the whole country. Major roads were blocked as well as three highways leading to the capital as well, and there were clashes with the security forces in several areas, followed by several arrests made in Beirut mainly. The protesters gave the authorities and more specifically prime minister Hassan Diab 48 hours to form a new government, and threatened to escalate if their demands are not met. On the other hand, a group of Pro-Sulta supporters tried to infiltrate the crowds protesting in front of BDL Hamra, attacking the security forces and sabotaging facades of banks in the area but they were contained late into the night.

It felt great to see everyone get back to the streets (except thugs of course), as those in power don’t seem to understand the sh*t we’re in and haven’t done anything in over 3 months to address the economy’s downward spiral. Instead, they’re wasting time, trying to blame others for the mess we’re in, and enjoying life as if everything is fine and dandy.

For those who are still opposed to blocking roads, nothing else has worked with the authorities so far, and even if all roads remain open, more and more Lebanese won’t have a job to go to anymore if a competent independent government isn’t formed ASAP. The more this crisis lasts, the harder it will be to contain people’s anger.

The demands are still the same since day1:
1- A government of technocrats
2- A proper rescue plan to get us out of this crisis
3- An independent judiciary committee to recover stolen funds and stop corruption.