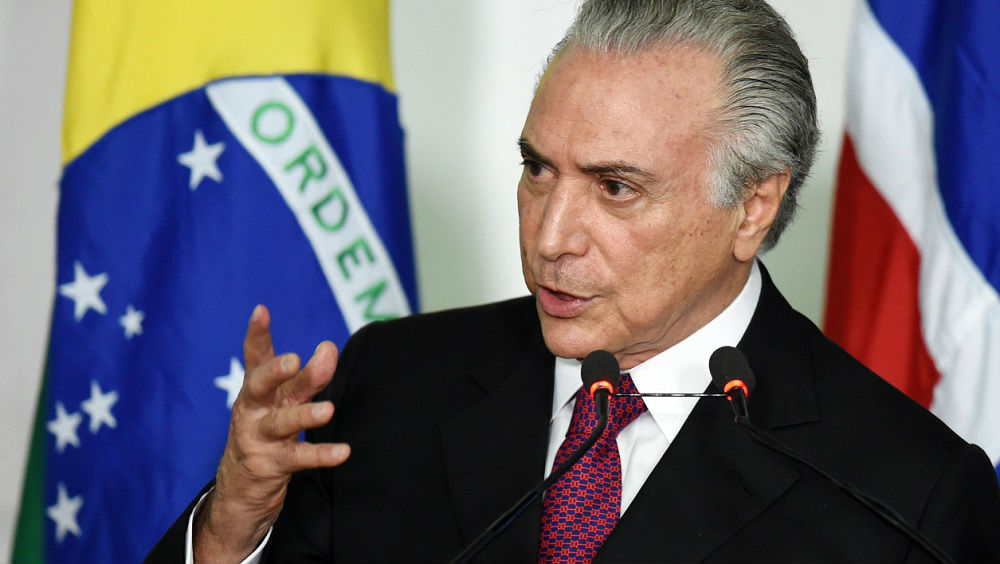 Michel Temer has officially become acting President in Brazil after the Senate suspended Brazil’s President Dilma Rousseff. The 75 year old vice-president of Lebanese origins “was a key figure in the recent upheaval”.

Who is Michel Temer?
– He has been Brazil’s Vice President since 2011.
– He is president of Brazil’s largest party, the PMDB.
– He has always been known as the “kingmaker, but never the king, having helped form coalitions with every president in the past two decades”.
– He outlined in a recent WhatsApp recording leaked in April that Brazil needed a “government to save the country”.
– He has family roots in the village of Btaaboura in Lebanon, where there is a “Temer Street”.

Temer is seen as as a potential savior for Brazil’s woeful economy. I am not so sure about that but at least Brazil has a president.