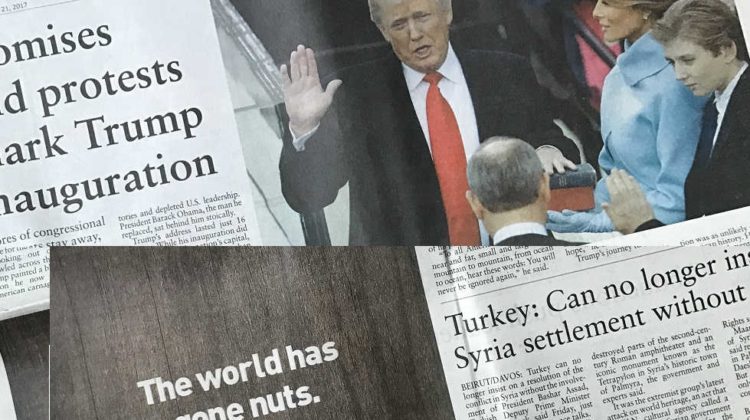 Donald Trump inauguration sparked a new wave of memes, tweets and jokes on social media and Al Rifai’s take is the best one I’ve seen so far in Lebanon. A friend sent me a copy of the Daily Star newspaper where Al Rifai’s “The World has gone nuts” was placed undernearth Trump’s inauguration story.

A perfectly timed and spot-on ad. 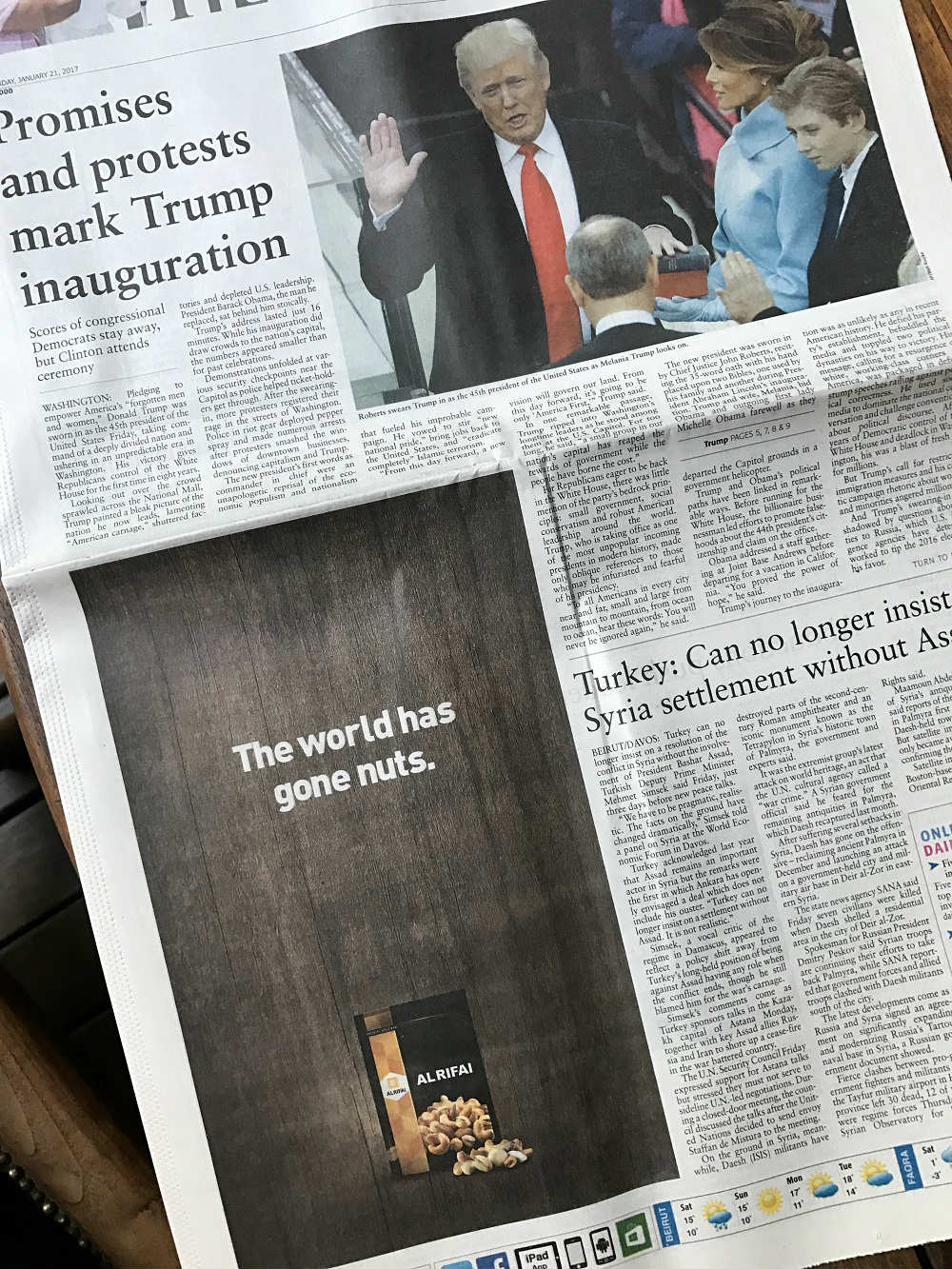 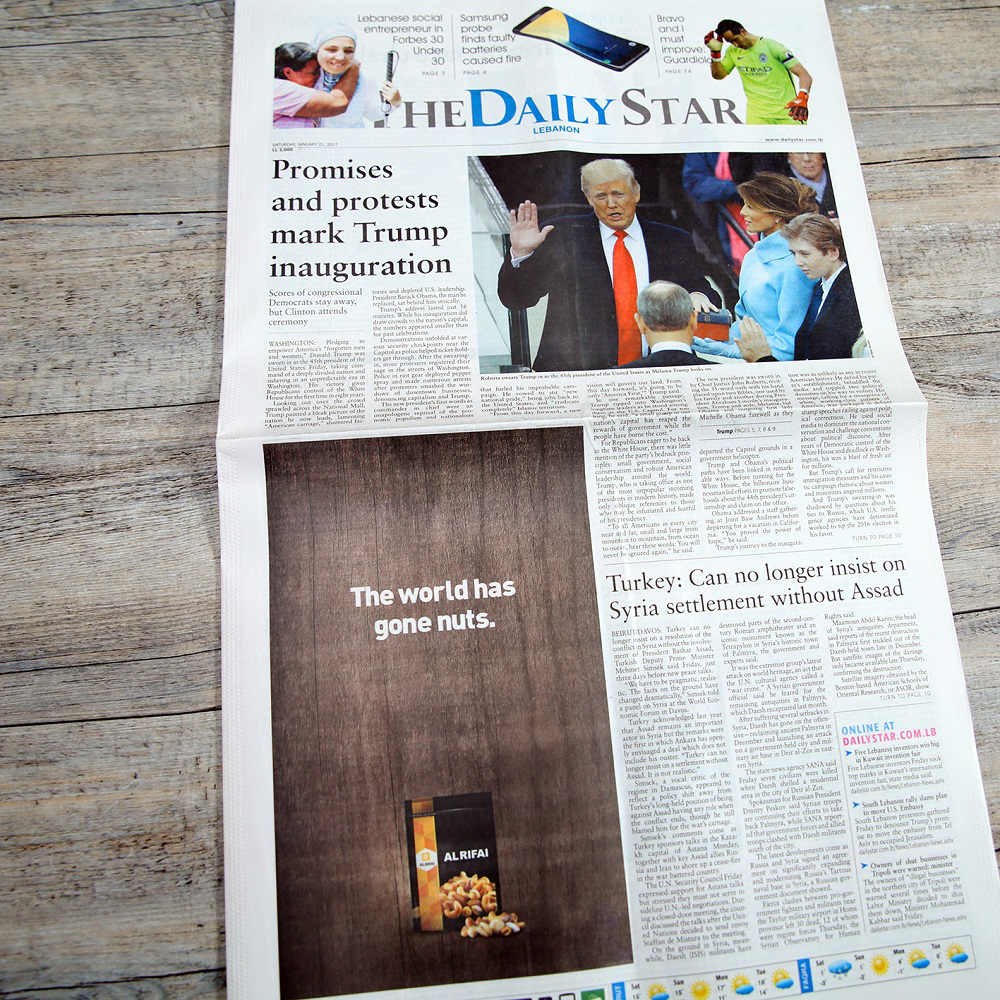 Let’s face it: The only good thing about Trump becoming president is Melania 🙂