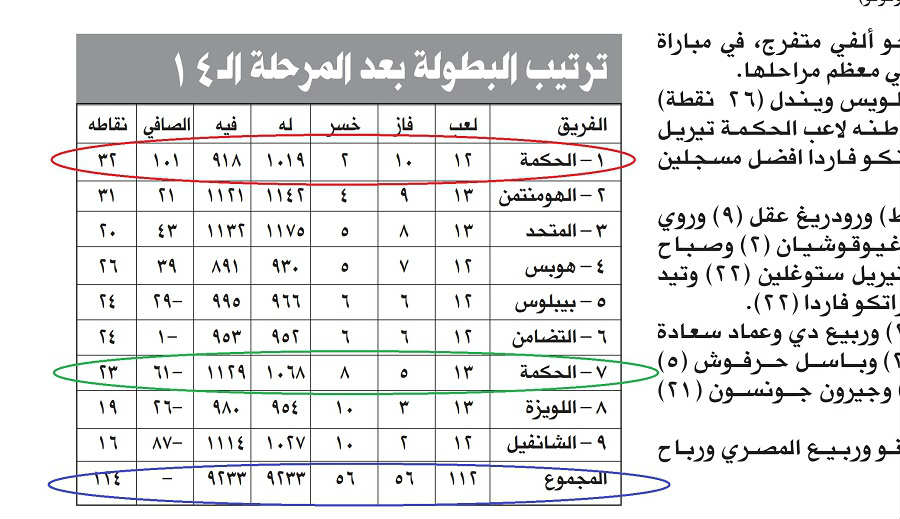 Not only did they include Hekmeh twice in the Lebanese Basketball League table, but they mistakenly took out Riyadi (Sporting) and put Hekmeh (Sagesse) in the lead. On another note, what’s up with the total at the end? Who cares about the total of games and point played?

Good job Mustaqbal! You made every Hekmeh fan’s day. Come to think of it, that’s the only way Sagesse will ever get to the top of the league this year lol! 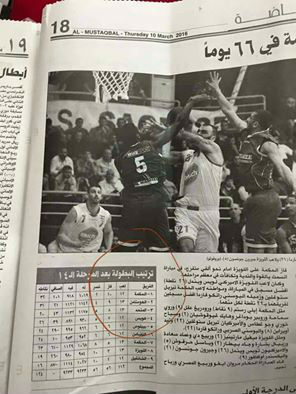