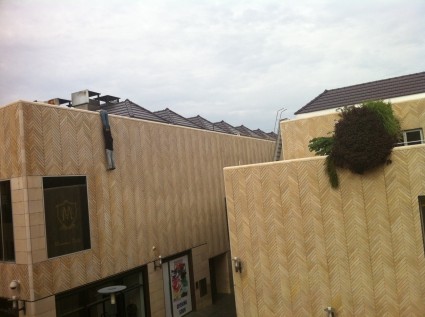 I posted few weeks back about the creepy sculpture of a woman lying below a bench at the Beirut Souks. As it turns out, there’s another one which I did not notice before, two men hanging down from the wall edge that you can see in the pictures.

I made a quick search and it appears this sculpture was initially part of the White Wall Project held in Beirut back in September. Funnily enough, during the opening of the exhibition police showed up at the event foolishly thinking the two guys hanging from the wall edge were real and not art. The sculptures were removed as they were seen as a security threat. [Source] 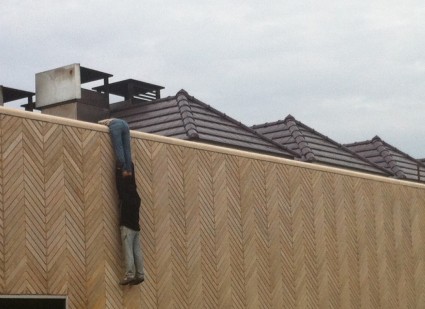