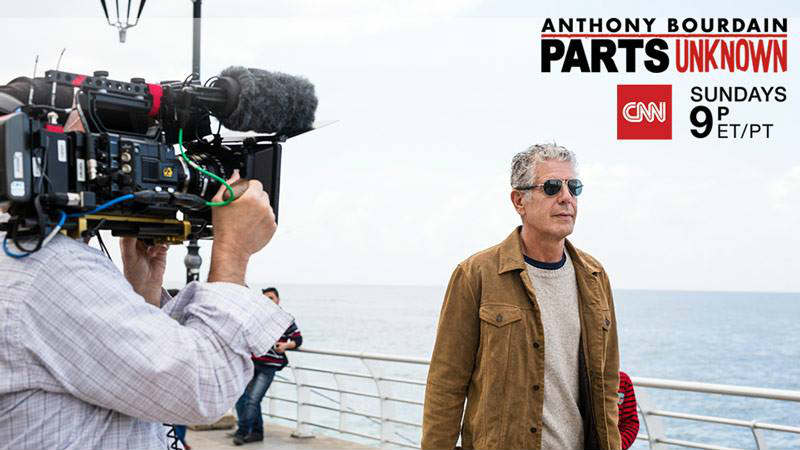 Anthony Bourdain is a popular American chef and author. He used to host the Travel Channel’s “No Reservations” and “The Layover” before joining CNN in 2013 to host “Anthony Bourdain: Parts Unknown”. I love Bourdain’s shows, his take on a country’s cuisine and culture and how he visits the most random and “undesirable” places and makes them look awesome. To Bourdain, “meals make the society, hold the fabric together in lots of ways that were charming and interesting and intoxicating. The perfect meal, or the best meals, occur in a context that frequently has very little to do with the food itself”, and he’s absolutely right.

The first time Bourdain visited Beirut, it was two days before the Israeli War had started in 2006. Almost 10 years later and after a short stop in 2010, he is visiting again our beloved capital and featuring it in the season finale of #PartsUnknown.

I couldn’t find the full episode online yet but I noticed on Facebook that a lot of people didn’t like it and claimed that Bourdain focused too much on religious and political issues rather than focus on the food and culture. Many stated that the episode wasn’t representative of Beirut and Lebanon as a whole, which is quite surprising to be honest, specially after his 2006 Beirut episode which I enjoyed a lot.

I will watch the whole episode as soon as it’s available and update the post with my take on it. If anyone has seen it yesterday, please do share your comments. 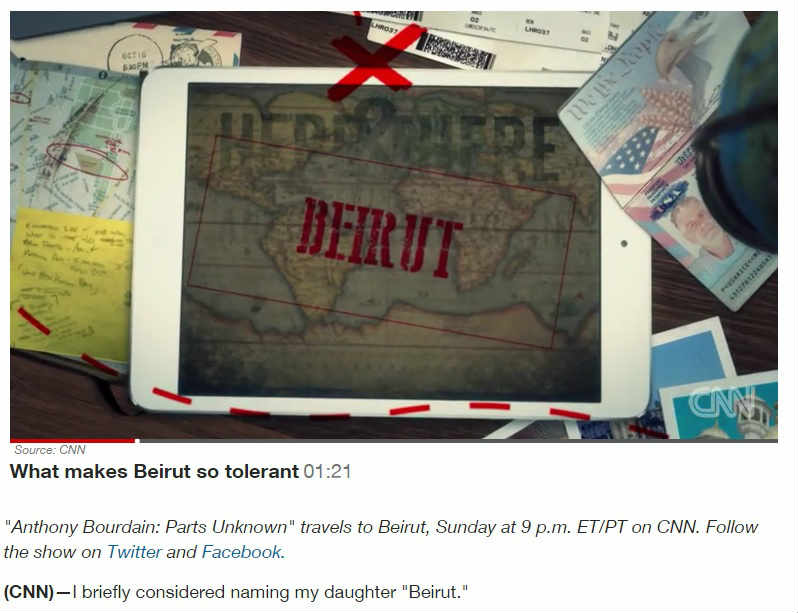