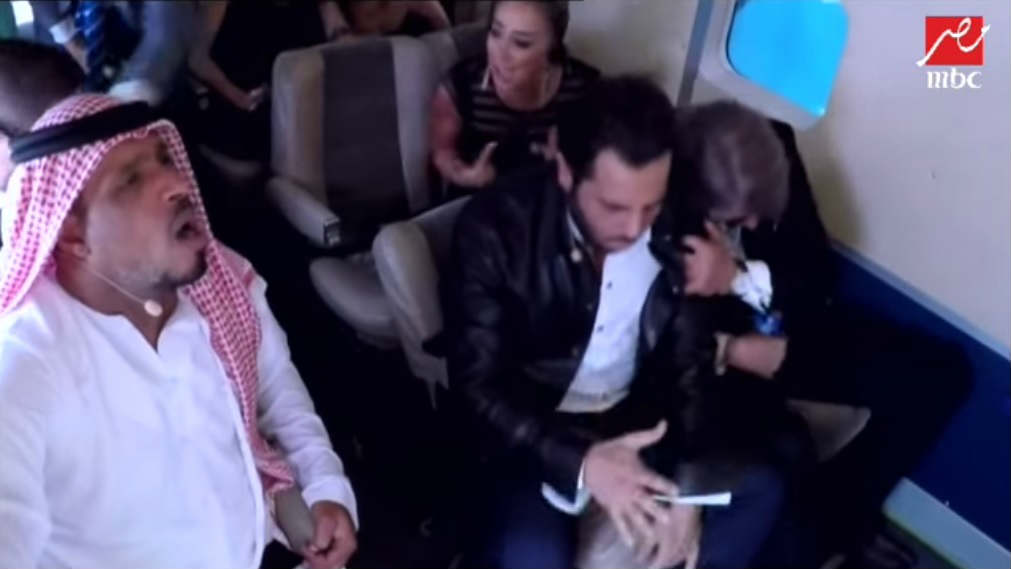 Egyptian Prankster Ramez Galal thought it would be funny this year to invite celebrities to a fake opening of a hotel in Dubai, fly them on a private jet and trick them into believing that the plane is going to crash and that they need to jump in parachutes. His latest victim is Lebanese TV Presenter Nishan who totally lost it and start beating the guy next to him. To be honest, this is a sick joke and he’s gone too far this time, and the fact that the plane is actually in the air makes things even worse.

It’s like this guy is waiting for something terribly wrong to happen before he stops. He has already tricked in previous year Haifa Wehbe, Maya Diab and Cyrine Abdel Nour but this prank is the worst ever.

Someone needs to stop this show once and for all.