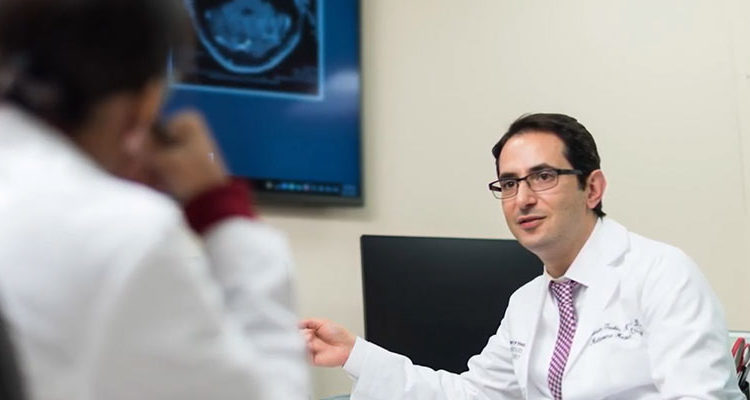 Lebanese doctor & AUB alumnus Hussein Tawbi has been nominated by US President Donald Trump to the President’s Council of Advisors on Science and Technology (PCAST). The mission of the Council of Advisors on Science and Technology is to advise the president on policies that will enhance American leadership in science and technology. It has 16 members, and Dr. Tawbi is only the second oncologist to serve on the council (the first was Dr. Harold Varmus, former NCI and NIH director) and he is the first melanoma expert. [Source]

Tawbi maintains an active oncology practice and is an internationally recognized leader in melanoma clinical and translational research. He has led multiple high-impact clinical trials, including a practice-changing clinical trial of combination immunotherapy for melanoma patients whose disease has spread to the brain. The combination of immune checkpoint inhibitors ipilimumab and nivolumab shrank brain metastases in 56% of patients, unprecedented results that were reported in the New England Journal of Medicine.

Tawbi is co-director of MD Anderson’s Brain Metastasis Clinic, which he co-founded a year ago to address the difficult issue of treating cancer that has spread from other organs to the brain. Tawbi also is director of Melanoma Clinical Research and Early Drug Development, and has a joint appointment in the Department of Investigational Cancer Therapeutics. Tawbi also co-chairs the Melanoma Committee in the Southwest Oncology Group (SWOG) of the National Cancer Institute. [Source]