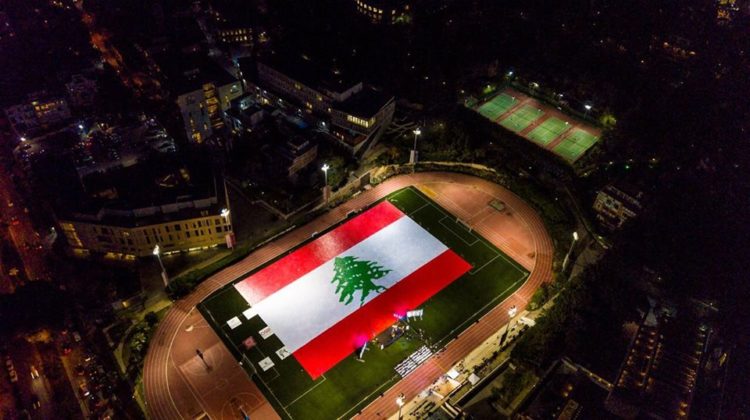 The American University of Beirut has officially become a Guinness World Record Holder after building the largest notebook mosaic-flag. The flag consisted of around 60,000 notebooks and was unveiled tonight on the Green field on the university’s campus.

Martyr Colonel Dany Harb’s son placed the final red notebook in a tribute to the Lebanese Army and its martyrs. The books will be donated later on to 60,000 students in Lebanese public schools.