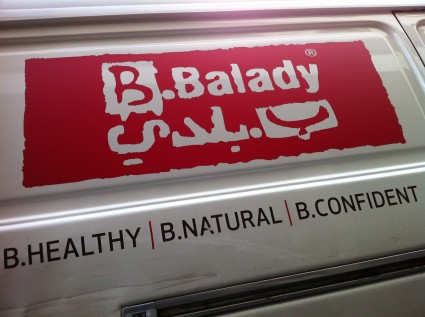 I saw B.Balady on a van in Achrafieh yesterday so I googled it to see what it is about. [B.Balady] is a selection of natural products grown by families of war victims and landmine survivors members of the Development Cooperative in Jezzine. The families are supported and funded by the USAID and the World Rehabilitation Fund in Lebanon since 2001 and it’s been a success story so far.

In fact, the B.Balady egg is believed to be the number one brand selling premium natural eggs in major supermarkets and special stores all over Lebanon. Bayd Baladi is far better and tastier than the commercial eggs you buy in supermarkets. 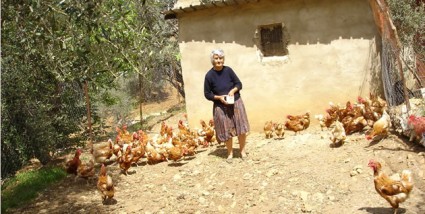 This initiative truly shows that when there’s a will there’s a way. I recommend you read other success stories of members of the Development Cooperative in Jezzine, mainly the story of Naja, a landmine survivor, who succeeded in initiating and developing his own Herb Cultivation activity on a piece of land secured by him and his brothers near his house in Mrah El-Habbas and is now securing a monthly income for him and his family, as well as Bshara, a landmine survivor, who lost his left arm and had his other hand maimed as a result of a landmine explosion in 1987 yet kept on taking care of the beehives with the help of his 9 year old son Samuel and the WRF. [Read More] 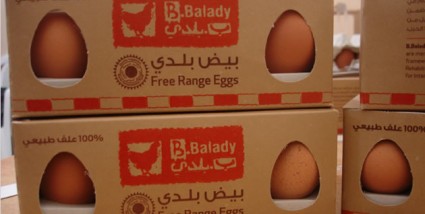 PS: BlogBaladi and B.Balady are not related in anyway, except that they both provide fresh and “baladi” products/posts on a daily basis 🙂