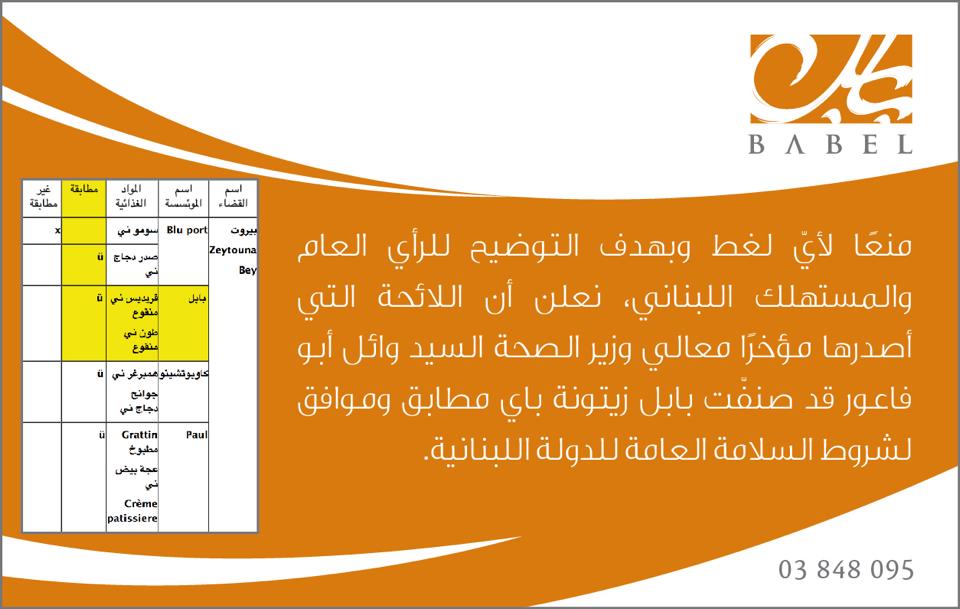 After I published Bou Faour’s newest list on violating restaurants and supermarkets, few people asked me why Babel was on that list and when did they become compliant again? Well I contacted the Babel people and apparently some of their customers were also confused by Bou Faour’s list hence the clarification they issued above. The restaurant in all its branches has always been compliant.

Babel is not the first business to suffer from the Health Ministry’s campaign as Taanayel Les Fermes had to invest in an online Facebook campaign to clear its name from the Centre Taanayel which was declared as non-compliant. As I said previously, I am all for Bou Faour’s campaign but he needs to cut down on the press releases and issue one final report once and for all that will be updated in 2 or 3 months time.

The reason I felt I needed to post about Babel is that because it’s one of my top 3 favorite Lebanese restaurants in Lebanon and I love everything there. I’ve been going for years and the cleanliness of the place, the quality of the food, the friendliness of the staff have always been the same.