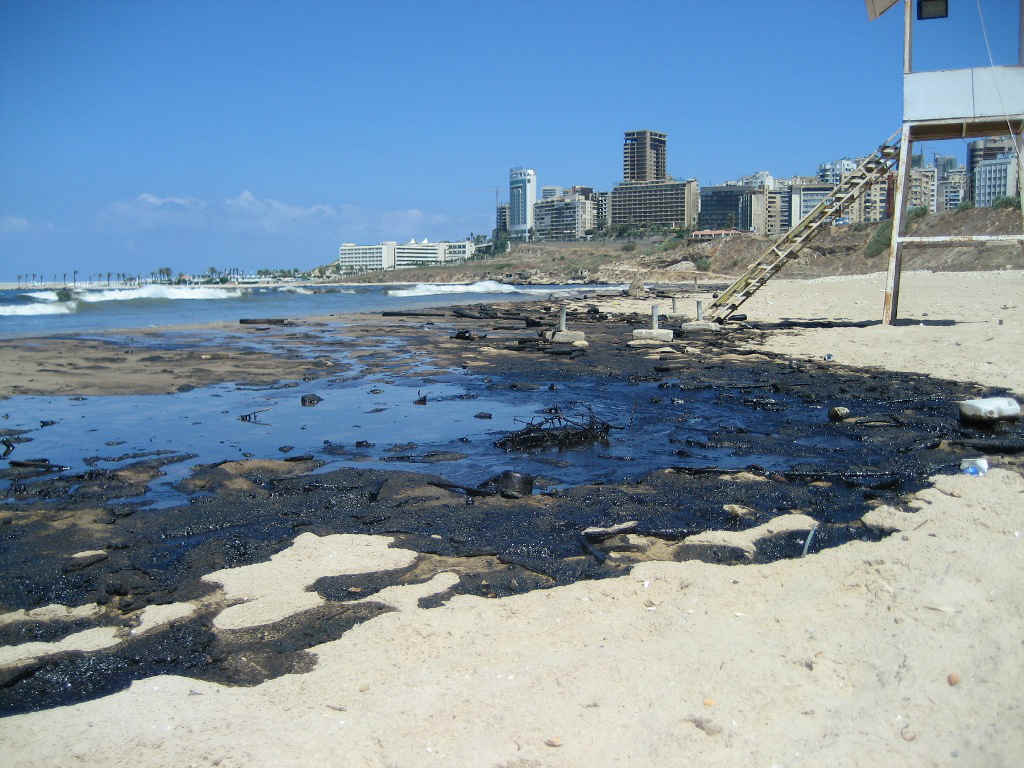 This is the first time that a price was put on the damages done by Israel during the 2006 war. Unfortunately, the General Assesmbly resolutions are not legally binding and even if they are, I don’t expect Israel to pay anything. Israeli had bombed on July 14 and 15 in 2006 the Jiyyeh power station, causing a huge oil spill and an environmental disaster along the Mediterranean sea. I personally stopped going to beaches in the Jiyyeh area after that oil spill.

The UN General Assembly has passed a resolution asking Israel to pay Lebanon more than $850m in damages for an oil spill caused by an Israeli air force attack in its war against Hezbollah in 2006. The resolution, which passed late on Friday, said “the environmental disaster” resulted in an oil slick that covered the entire Lebanese coastline and extended to the Syrian coastline, causing extensive pollution. Israel, the US, Canada, Australia, Micronesia and Marshall Islands voted “no”.

Israel’s UN mission said in a statement that the resolution was biased against Israel. “Israel immediately responded to the oil slick incident by cooperating closely with the United Nations Environment Programme, as well as other UN agencies and NGOs, addressing the environmental situation along the coast of Lebanon,” the statement reads. “This resolution has long outlived the effects of the oil slick, and serves no purpose other than to contribute to institutionalising an anti-Israel agenda at the UN.” [Jazeera]