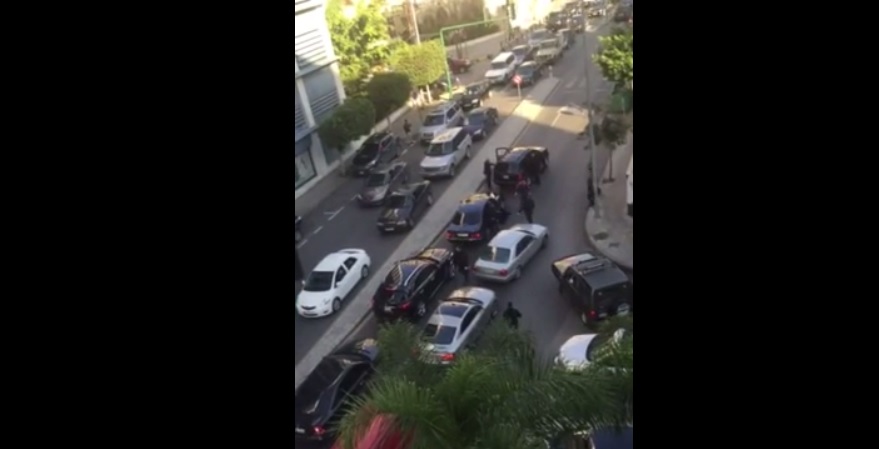 Minister Rifi asked Judge Hammoud to investigate the incident that took place in Achrafieh a couple of days ago where security guards stepped down from a convoy to assault a driver and damage his car. He also asked to bring those wrongdoers to justice but we all know that’s not going anywhere specially if the rumors are right about who was in the convoy.

In all cases, I am pretty sure the driver himself wouldn’t want to get himself involved in this mess because he’s powerless and may be harassed in the future. I believe the best Rifi can do is get the security guards or the official in question to issue a public apology for what happened, but just like everything else in this country, the case will be forgotten in a couple of weeks and won’t be raised until another convoy harasses an innocent civilian.

Here are the two [videos] showing the convoy guards assaulting the car and the helpless driver.