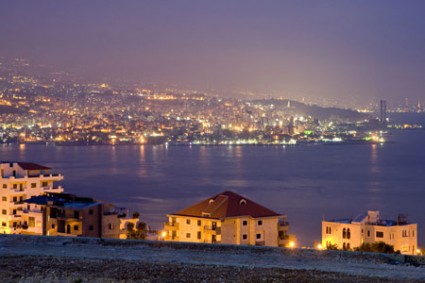 That’s some great news but a bit hard to believe to be honest. I wish they could provide more information as to what criteria are being considered when ranking those towns?

According to this list, Beirut is ahead of Las Vegas, Rio de Janeiro, Ibiza, Budapest and many others.

But in spite of its history of violence, Beirut puts great stock in having a good time. And thereâ€™s no shortage of trussed-up beautiful locals keen to be seen in Beirutâ€™s bars and clubs.

Donâ€™t even think about going out in Beirut before 10pm â€“ and even then, it had better be for dinner. Dancefloors are dead until around 1am.

While there are a raft of upmarket clubs around town â€“ such as Sky Bar, the ultra-glam venue affording a panoramic view of the Mediterranean coastline and boasting a filthy rich clientele of local celebs â€“ we prefer the quirkier nightspots. [TNT]

See Also:How can you help the victims of Achrafieh's bombing?
Posted By Najib
Categories INFORMATION,LIFESTYLE,NEWS,NIGHTLIFE