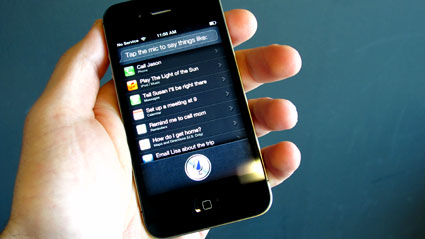 I’ve been using the new iPhone for a couple of days now and these are somethings you need to know if you’re planning on using it in Lebanon.

You also need to have internet on your phone to be able to use Siri, even for simple tasks like setting the alarm. This is where 3G plays an important role since it speeds up the response time for Siri. With a regular Edge connection Siri isn’t as responsive and you won’t enjoy using her.

A big issue I have with Siri is you can’t teach it where your home or office is. For some reason Siri uses Google Maps addresses to learn these locations and Google Maps addresses is currently only available in the US. I don’t understand why Siri won’t learn based on my GPS location. If you’ve been using iOS 5 recently you might have played around with the new Reminder App. In that App you could teach it locations using GPS for example you could set a reminder that once you get home you need to walk the dog or once you get to the office remind me to call a supplier. So why Siri can’t learn locations with GPS is confusing specially if another app already does it.

The iPhone 4S is like the previous iPhone 4 with the biggest differences being Siri, a better camera and a faster chip which you will only notice when running games. If you want to see how better the new camera is download the two images below and compare: