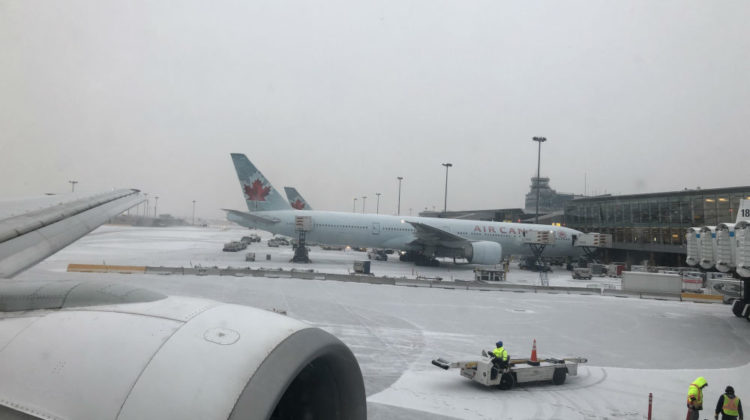 This year, we chose to celebrate Christmas and welcome the new year 2019 in Montreal far away from home. However we didn’t fly here just for fun but because my wife & I decided to take a much deserved break from Lebanon and try living here for a while. The decision was very tough, especially but we all had the PR (Permanent Residency) cards and we had to move before end of year to keep our status valid, so it was either now or never.

Just to give you a quick overview, I applied for a Permanent Residency back in 2008. I remember I drove with a friend to the Canadian Embassy in Damascus because we had to apply there back then. A couple of years later, the Syrian crisis begun, my files got delayed we ended up doing our first landing in 2016 and were considering the move ever since.

Why did I leave?

The reason I decided to make the move was not because I hated it back in Lebanon. On the contrary, I was actually leading a relatively decent life, had a great job, the blog was and is still going strong, I was stable financially speaking and always looking into new opportunities.

So why move? the key triggers were the kids and several other factors:

1- The environment has become a toxic one for them wherever we go. Aside from the hazardous pollution levels in the city, there are no playgrounds or green spaces for them to hang out in. Unless you have a nearby mountain house, which is not two hours drive from the coast, there’s nowhere to take them except malls. Luckily we lived in Jeita which still had some greenery, but they didn’t bother setting up sidewalks or proper playgrounds; instead they’re busy building a useless and ugly tunnel and the roads were quite dangerous, even the inside ones.

2- The commute has become unbearable. Yes some might laugh at me but spending at least 3.5 hours in traffic every day (Special thanks to the Jal el Dib bridge) was draining me and stressing me out. We had to wake up at 5AM daily to drop the kids at the nursery and make it to work by 8AM, and I’d spend between 1.5 and 2.5 hours on the way back every day. Since I’ve been stuck in traffic my whole life, I could have managed somehow but what bothered me the most was having to drive the kids back in traffic every day. It was hell for them and the only entertainment possible was my smartphone or the iPad, which only make things worse.

Some might ask me why did I chose to live in Jeita in the first place? Well I’ve lived in Jounieh my whole life and traffic was somehow reasonable up to 2010 or 2011. Also, our budget didn’t (and still doesn’t) allow us to afford a place in Beirut and we spent months looking for an affordable apartment before we got married. Also, and given how polluted Beirut had become, I didn’t mind getting stuck in traffic over living there as it was the lesser of two evils.

3- I needed a change: As much as the above factors are convincing, my wife & I felt like we needed to make a change in our lifestyle, be adventurous or simply see what it feels like to live in a civilized place. During the summer, we stayed in Montreal for a couple of months for Kevin’s birth and we saw how easy-going life is here. Yes we were quite busy and the days flew by, but we didn’t have to worry about water, electricity, internet, pollution, garbage, safety, phone bills, traffic, quality of food, smoking and as cliche as this might seem, it made a huge difference. I took Brian almost every day to the park or nearby playground, I went for daily walks in the nearby Mont Royal, we had a blast and it was way cheaper than Beirut shockingly enough.

I also remember making up my mind for good upon reading an article on Thrive Global. The article stated that when you’re struggling with a decision, you have to ask one question: “Which will you regret more — doing it, or not doing it?” Obviously I had done a lot of thinking and annoyed the hell out of my friends before deciding for good, but it was that question, and the fact that I know so many people who had this chance and wasted it, that encouraged me to go for it.

If you ask me why I didn’t include politics and the rotten class of politicians that we have as a factor, it’s because I lost hope in any drastic change after 2007 and didn’t want to get myself into politics anymore. I phased myself out of all political talks and parties and it was the best decision I’ve made. In fact, the key reason behind this blog was to stay away from the negativity surrounding us and from discussing politics and shedding light on positive and inspiring stories, but it has become almost impossible to do that in recent years. You’d have to be delusional (or a fashionista) to keep seeing life as rainbows and unicorns.

To begin with, I’m not the type of people who curses his country or hates on his homeland when he moves abroad. I might have lost faith in politicians or in those who voted for them to stay, but I wouldn’t waste any opportunity to make a positive change for #Lebanon and I keep hoping that we will get back on the right path, even if there are no clear indicators of this happening anytime soon. Also, my family, my in-laws and all my friends are still there and the toughest call was leaving them especially before the holidays.

I didn’t sell my house, didn’t ship any furniture with me, didn’t sell my car, didn’t stop my phone and kept all my accounts open. This is a new adventure for me here, but I’m keeping everything as is and the blog will become more active if anything. I might as well start my own blog here too so stay tuned 😁