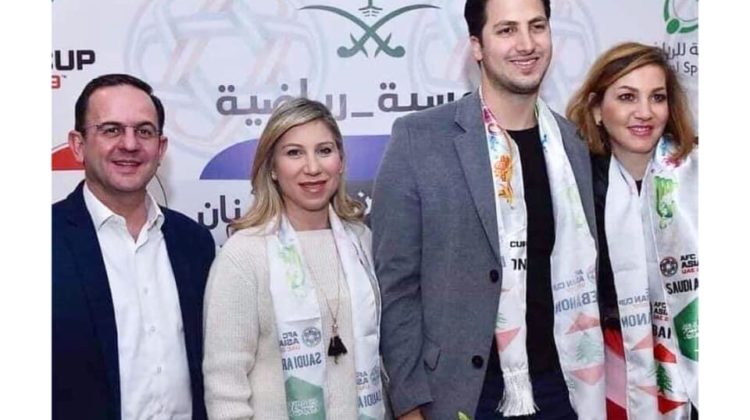 When asked whether she’s supporting KSA or Lebanon before the game, MP Tabsh was undecided on which side to choose. Quoting Al Modon she said in her own words “Hayde 3en you Hayde 3en”. A picture of her wearing the Saudi team’s scarf during the game was also being circulated online.

A couple of weeks ago, she caused a controversy after attending a mass and instead of silencing the critics, she did the worst thing possible by visiting the Mufti to confirm her commitment to Islam and apologized to Allah.

Maybe it’s about time she lays low for a while. Avedis mkaffe wou mwaffe.