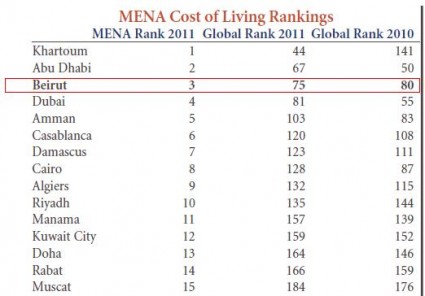 I truly hope our government doesn’t take this ranking as a compliment as such a high cost of living, with so few services offered, a weak infrastructure and ridiculous minimum wages, is not something to be proud of.