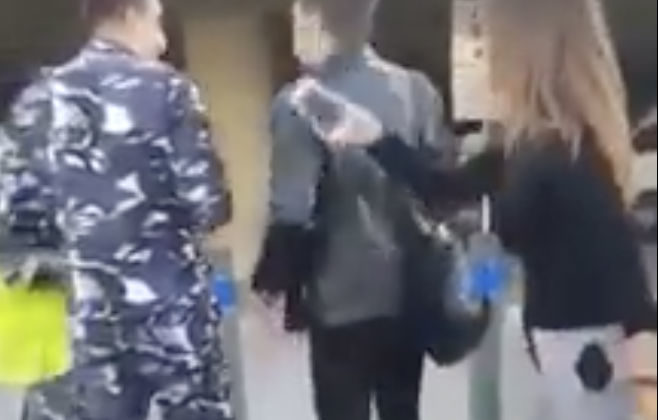 A video was circulating yesterday online of a woman yelling at a cop after he fined her for parking illegally at the airport.

She was yelling in English for some reason and her argument was that “This is Lebanon” and that there are other cars around, which doesn’t justify parking wrongly of course but the question remains whether the cop was being selective as they always are. In fact, if parking in front of the airport is illegal, then put barriers in front of all the parking lots and force everyone to use the airport’s parking but we like to keep everything chaotic and messy in this country to spice things up.

In all cases, she should have been more respectful and I would have seized her car if I were the policeman in question. There are other ways to settle such matters than threatening and yelling at a policeman.

PS: The guy who filmed it is hilarious 😂