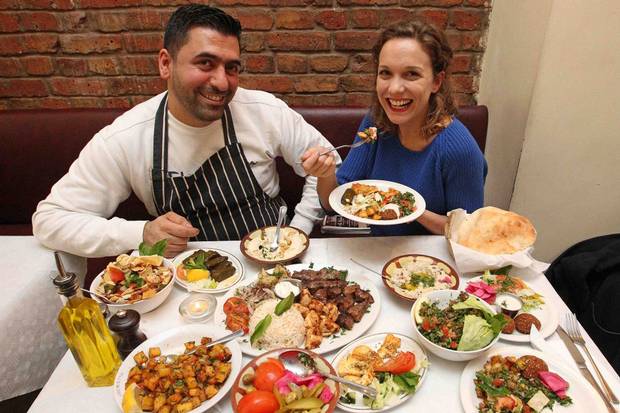 A Lebanese Diner called The Cedar has won the title of Britain’s favorite take-away, after receiving the most positive votes from millions of reviews of more than 9000 eateries. The Cedar Chef and Owner Sami Khoueiry says all his recipes are 100% home made and approved by his mother.

A chef who turned down a job at five-star hotel The Dorchester to set up on his own in west London was today celebrating after his restaurant was named Britain’s favourite take-away. Lebanese diner The Cedar, in Maida Vale, received the most positive votes from millions of reviews of more than 9,000 eateries posted by users of online delivery website hungryhouse.co.uk. Owner Sami Khoueiry put The Cedar’s secret of success down to the secret recipes his mother taught him as a child growing up in Beirut. [Link]