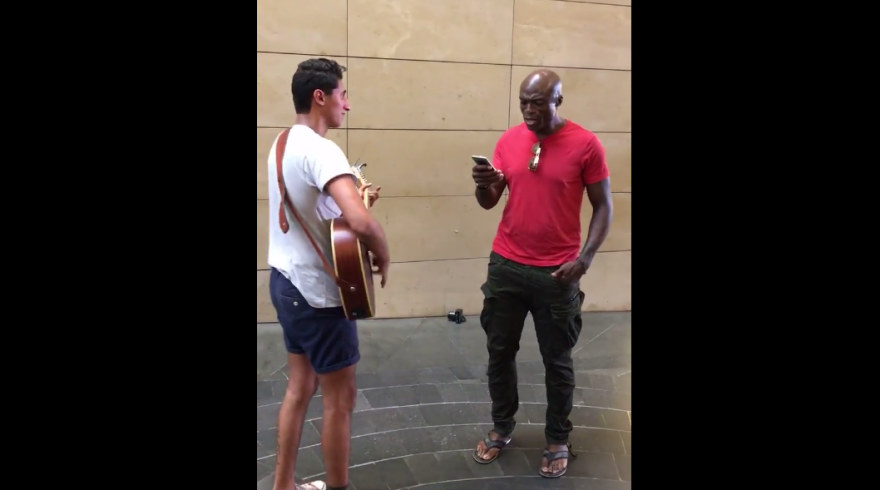 British Soul and R&B singer Seal was visiting Beirut and held a great, but sort of short, concert on Thursday at the Beiteddine Festival. During his stay, Seal dropped by Beirut Souks where he discovered an aspiring and talented young Lebanese musician called Peter Chouchani and decided to perform with him and share the duet on his Facebook page.

To be honest, I’ve never heard of Peter Chouchani before but I’ve googled a couple of his songs and he’s clearly passionate about music and has a great voice. This is an amazing opportunity for him and I hope the exposure that he got will help him become as popular as Seal. After all, that’s how Seal was discovered and look where he is now.

And I found this cover by Peter: