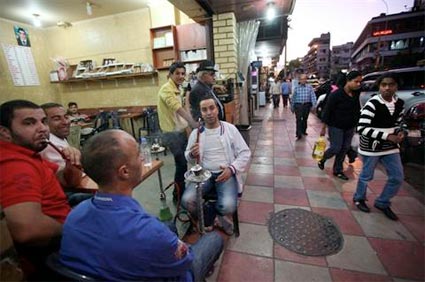 I’m a huge fan of Burj Hammoud but I have to condemn their recent actions. Due to some incidents that took place in Burj Hammoud some members of the community are now targeting and harassing all the expat workers in the area. I know Najib agrees with what they’re doing but I have to disagree. I think it’s extremely racist to target people based on nationality or appearance. It’s called racial profiling and it’s fucked up. We should respect the migrants instead of threatening them or humiliating them. I read this in the DailyStar awhile ago and I think it sums up how messed up things are:

Salman hails from Nigeria, but first came to Lebanon 20 years ago. Like most of those interviewed for this report, he did not want his full name published. â€œSince 1991, I always felt safe in Dora,â€ he recalls. â€œBut now, it is like they are targeting all migrant workers.â€ On one recent day in the Dora roundabout he was asked for his papers five times. â€œSomething is happening here,â€ he says. â€œI donâ€™t know what.â€

What’s happening is very sad and I hope the community realizes what they’re doing is simply wrong and unjust. Racism in Lebanon needs to end.

Check out the full article on DailyStar [Here]