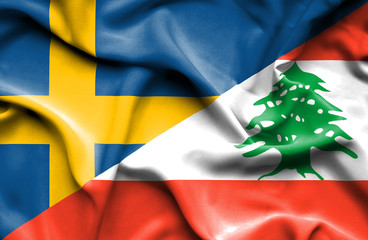 The Swedish authorities have decided to strip over 75 Lebanese families of medical and social aid cards and plans to deport them, as part of a judicial decision to deport over 60,000 foreign expats who don’t qualify for asylum or refugee status.

Following this decision, Labor Minister Sejaan Azzi sent a letter to Swedish Ambassador to Lebanon Peter Semneby asking for clarifications and vowed to take similar measures against Swedes working in Lebanon if the expulsion is unjustified.

Did I read that correctly? We are threatening to expel Swedes from the country if the Swedish authorities deport Lebanese families? What’s next? Impose a curfew on Swedish workers in Lebanon? Boycott Swedish products?

Why don’t we react the same way when Qatar, Saudi Arabia or Gulf countries threaten to expel Lebanese families? Hundreds of families were expelled from Arab countries in the past year yet all the Lebanese authorities did was apologize or visit these countries and beg for forgiveness. I’m not asking to go against Arab countries but at least to be consistent and not make a joke out of ourselves.

The funniest part is that our own Foreign Minister advised Finland during an official visit a couple of months ago that “the waves of immigrants that if not tackled by the roots would destabilize security and stability”. I guess Sweden must have overheard the conversation and followed his advice.