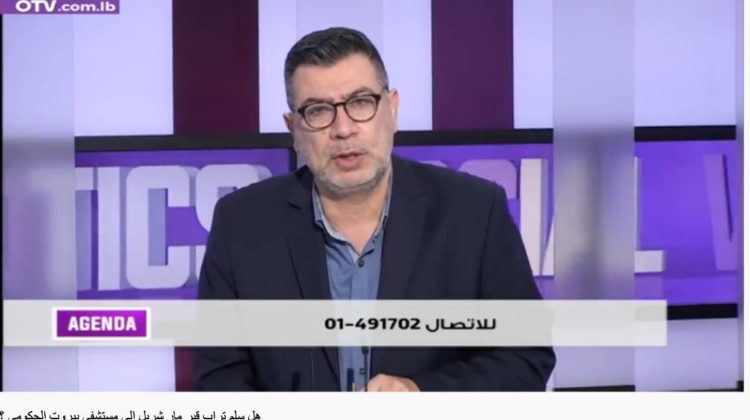 The coronavirus has been making headlines for the past two weeks now in Lebanon, cancelling schools and disrupting travel. Yesterday, a young lady showed up at the Rafik Hariri hospital claiming that Mar Charbel appeared in her dreams and asked her to deliver blessed soil (or dirt) to the infected patients. The doctor in charge refused to let her in and give patients what she thinks might cure the virus, which apparently upset some religious people. Of course, OTV obviously jumped in and interviewed the woman (see below video) instead of cooling things down and resorting to logic and science.

The problem at hand here is not questioning this woman’s faith or Saint Charbel’s miracles, but the rationale behind questioning a qualified medical specialist vs allowing a random woman to give out miraculous potions to patients, especially that her testimony was only validated by one priest and not by the Church.

We’re already in a country unprepared to fight this virus, and we don’t need more reasons to cause mass hysteria, so let’s please get back to our senses and cut the drama.

– The doctor cannot possibly allow an unqualified individual to enter a hospital, let alone a quarantined zone, and administer what she believes is a cure to the COVID-19.
– What if a patient on his way to recovery takes the “potion” and recovers fully after few days. Do you really want infected people believing this woman instead of going to the hospital? Or worse infected people regrouping in religious places and praying for recovery thereby infecting others?

In normal circumstances, when we’re not trying to control an epidemic, a doctor may accept a patient’s will to be treated based on his own religious beliefs, but when the virus is spreading like crazy and the whole world is struggling to contain it, stricter measures need to be taken for everyone’s sake.

The church itself is taking measures to reduce interaction between people and wants to hand communion bread by hand which is quite common outside Lebanon and is a wise move.

Let’s leave Mar Charbel out of this mass hysteria, resort to common sense and pray silently for the sick to recover.