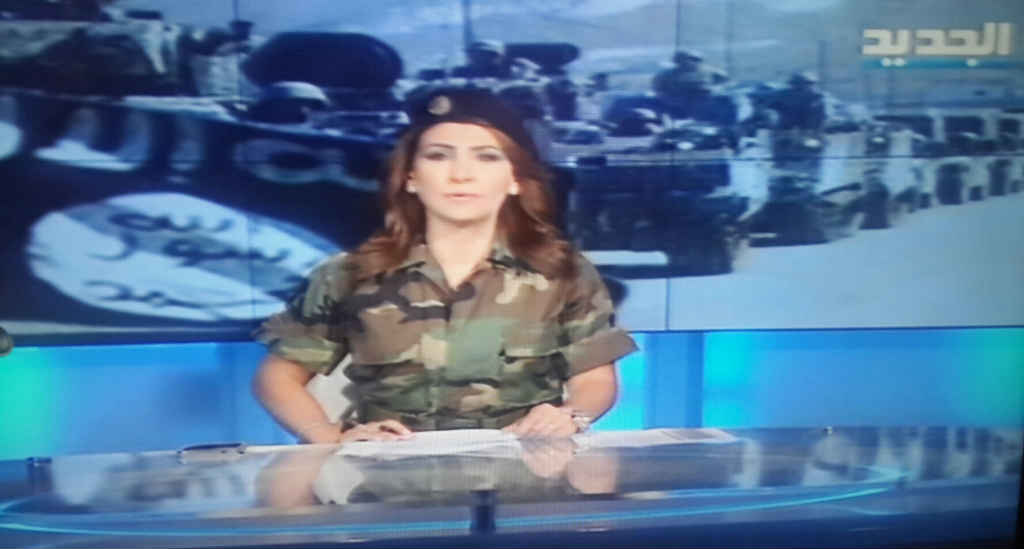 I am all for supporting the Lebanese Army, but someone needs to stop these cheesy and lame Lebanese Army songs being played on TVs. Moreover, Al Jadeed’s TV anchor wore the army uniform yesterday as a sign of support, which I didn’t like as well and found really cheesy. It’s enough these days to just put a hashtag or a small logo just like LBCI did with the N thing.

Moreover, I think the best way for TVs to support the army would be to try and cover as much as possible what’s happening in Arssal instead of broadcasting stupid TV shows and try to explain to the Lebanese what’s really happening there, because I am sure most of them don’t have a clue who the army is fighting and how critical the situation is.

On a last note, I really hope the army controls the situation very soon because the Islamists are in the thousands there and pose a very serious threat to Lebanon unlike anything we’ve seen before.