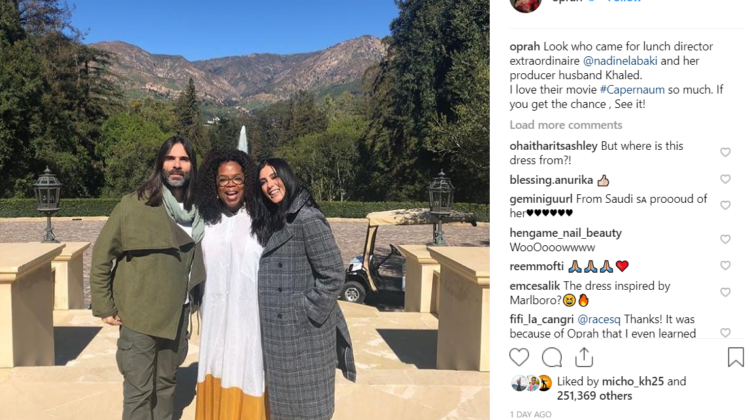 February 12, 2019 will be a special date in the life of Nadine Labaki. Weeks after Oprah showed her praise for her latest movie Capernaum, she invited the Lebanese director and her husband Khaled Mouzanar for lunch at her house, and took this cute shot with the pair. 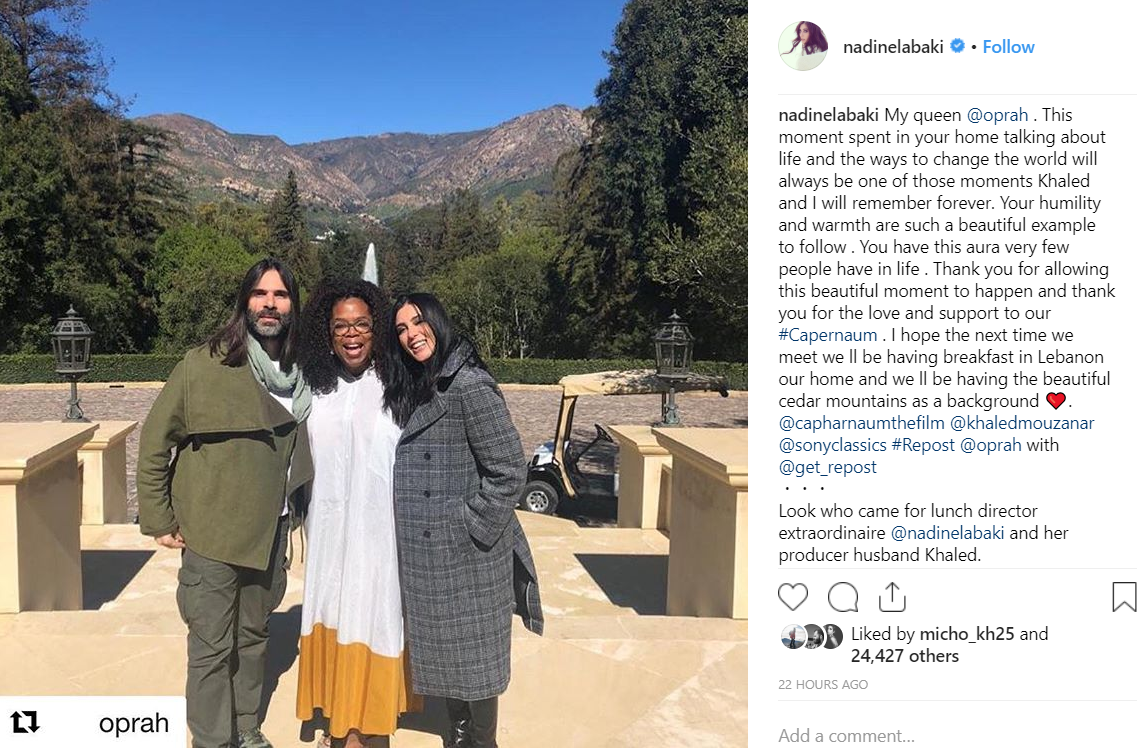 Capernaum’s latest nomination was in the 72nd BAFTA (British Academy Film Awards)“Best Film not in the English Language” category on February 10, which it lost to its now nemesis Roma.

With this and the “Best Film” wins, it seems that the Oscars will be well and truly a miracle for us. But their French equivalent, les César, will be well within our grasp, in the absence of the nomination of Roma. Fingers crossed Lebanon. Rendez-vous on February 22 for what might be our biggest award ever in the film industry.