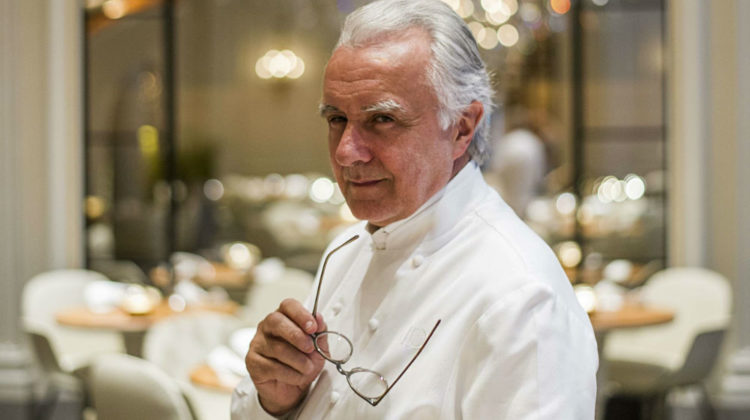 I just read on hospitalitynewsmag that one of the world’s most decorated Michelin star chefs Alain Ducasse is coming back to Beirut to open a restaurant and a chocolate boutique at Le Gray Hotel.

Star chef Alain Ducasse will be opening his first restaurant in Beirut. “We have signed an MOU and are now in the process of negotiating details,” Rita Saad, ‎director of marketing and public relations at Le Gray, Beirut told HN. She explained that the plan is for a restaurant and a chocolate boutique. The opening dates were not revealed.

This will not be Ducasse’s first restaurant in the Middle East as he opened IDAM in 2012 in Doha (Qatar). Also and if I’m not mistaken, Ducasse was the man behind Tamaris, an exclusive Beirut restaurant specializing in desserts and planted on the top floor of the Paatchi building. I actually went to Tamaris on two occasions and it was one amazing experience, I have no idea why they decided to close back then.

I will keep you posted as soon as I have further updates on the opening dates.