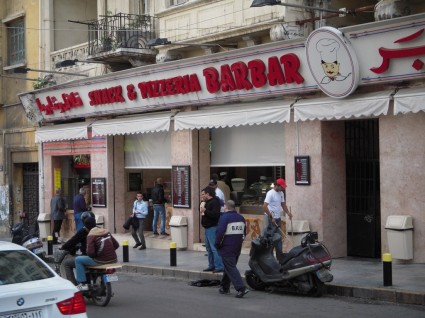 I would have picked Kababji over Barbar.

Beirut is a cosmopolitan city where food standards are high.

When it comes to kebabs, Barbar is a Beirut institution. It’s a snack bar with branches throughout the city, but its flagship store is in trendy Hamra, where it takes up a whole block and overflows with customers night and day.

You can eat almost anything at Barbar and be happy, but the chicken shawarma is the tastiest pint-sized snack.

Marinated in spices including cardamom and cinnamon, the chicken is sliced off the rotating shawarma, laid in a piece of warm, fresh Lebanese bread with a smear of garlic paste and a pickle. [CNN]