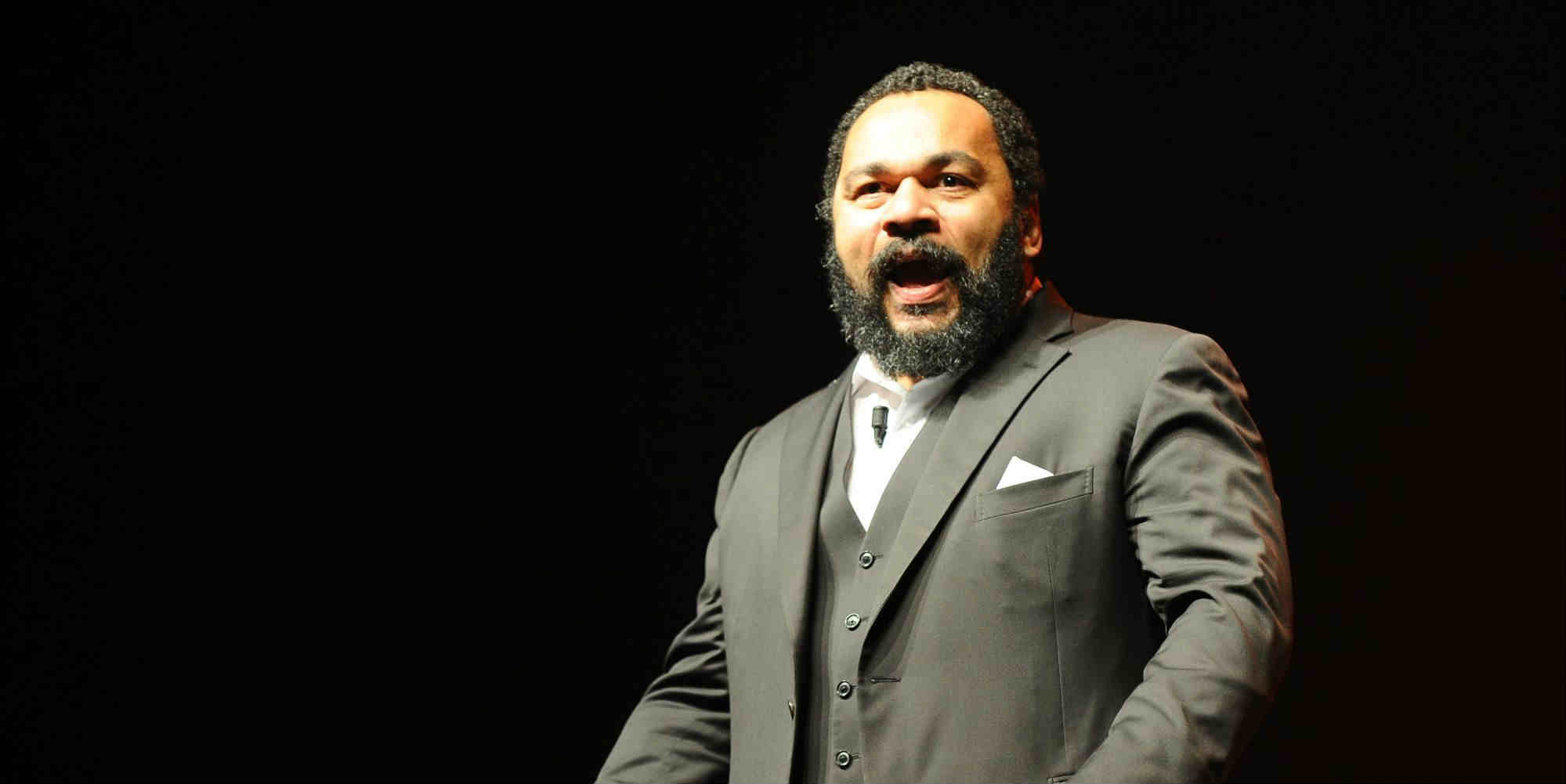 I know for a fact that a lot of Lebanese are fans of Dieudonné, either because he’s anti-Zionist or just because he’s controversial and funny. For those of you who don’t know who this guy is, Dieudonné was born in the Paris suburs in 1966, and is a famous and controversial French stand-up comedian and activist. He’s been fined in France several times for hate speech and was recently arrested for being “an apologist for terrorism” after he published a post on Facebook that expressed sympathy with one of the Paris gunmen. He popularized the “quenelle” gesture, a straight-arm salute, that was labeled by some people as being racist and a gesture of hatred. The French authorities even tried to shutdown his show calling it racist and anti-Semitic, but Dieudonné insists that his comedy targets everyone and that he’s anti-Zionist not anti-Semitic.

Dieudonné has become somewhat of a divisive figure in France and abroad, as some view his show as being “a danger to society” and an “incitement of racial hate”, while others believe that silencing him is an attempt to limit free speech. I’ve seen many of his shows and some are hilarious while others are truly shocking but that’s what he does, almost the same way Charlie Hebdo magazine did (not according to the French law), and I’m actually surprised that they are letting him come to Lebanon specially after the latest controversy.

In all cases, Achillea is bringing Dieudonné to Beirut as mentioned on their website and “Dieudonné En Tournée: La Bête Immonde” will be showing in Lebanon on the 3rd and 4th of June 2015 at Casino du Liban and tickets should be available soon for purchase in all branches of Virgin Ticketing Box Office.

PS: This is not Dieudonné’s first visit to Beirut as he performed in 2010 at the Music Hall in Beirut.