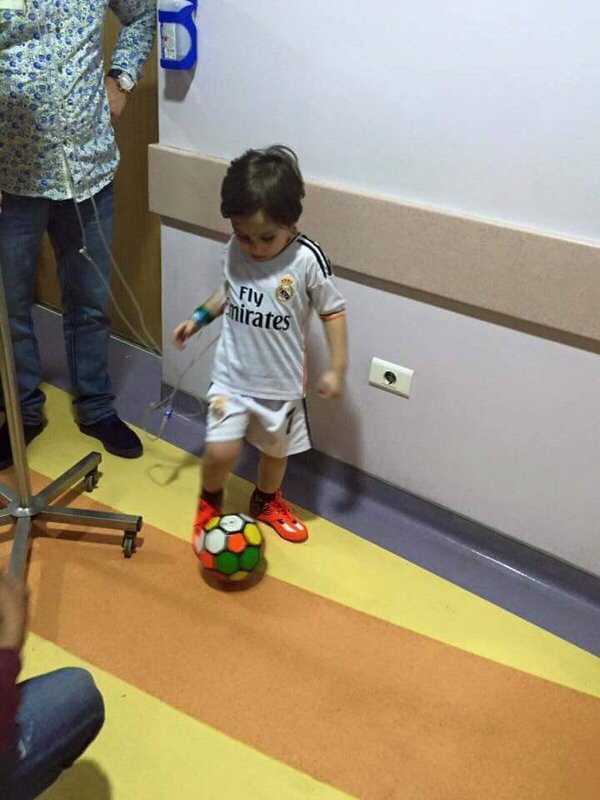 I’m sure you’ve all heard about Haidar, the three-year old boy who survived the recent Beirut bombings but unfortunately lost both his parents. Most of the local TVs rushed to interview the poor kid while still at the hospital which was obviously wrong, but something positive came out of his tragic story as an online campaign was kicked off to fulfill Haidar’s dream and let him meet Real Madrid star Cristiano Ronaldo.

The hashtag #CristianoMeetHaidar went viral within few hours with the help of local TVs and celebrities like Elissa and Diana Haddad who offered to cover his trip expenses and it looks like Haidar will meet Cristiano and watch the Classico as well which is amazing news!

Of course this trip will not bring his parents back nor make his life any easier but it will definitely cheer him up and boost his morale. Nevertheless, there’s another online campaign to raise money for Haidar and help him build a better future. The funds raised will go into a personal account for Haidar which will later on serve as a tuition fund and any other expenses this child could need.

The death of a parent is considered one of the most painful, if not traumatic, experiences for a child. Haidar needs all the support and love he can get right now and I hope these small gestures will brighten his world.