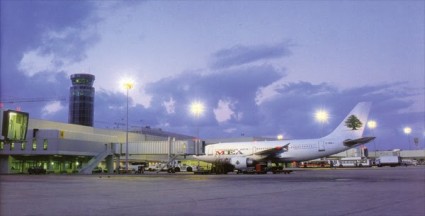 It’s a good thing no one cancelled their trips yet. Speaking of airports, no decisions were taken yet to open the Kleiat airport as an alternative to Rafic Hariri’s.

Cyprus Airways:
Effective Thursday, the 8:30 p.m. flight out of Larnaca had been moved to 5:30 a.m. to avoid an overnight stay in Beirut. The Cypriot national carrier flies from Larnaca to Beirut, a 30-minute flight away, once a day, six days a week.
“The company has decided to reschedule its flights because of the current situation,” a spokesman for the company told Reuters. [Reuters]

Air France:
Air France has modified the timing of one of its two daily return flights between Paris and Beirut, as the spectre grows of possible western military intervention in Syria, an airline spokeswoman said on Thursday. [Reuters]